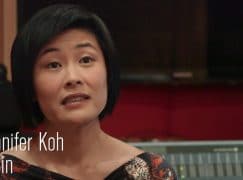 Having dug itself into one hole yesterday on the ‘invisibility’ of Asian musicians, the paper’s arts section today calls on the violinist Jennifer Koh to call on the classical industry to ‘make space for artists of Asian descent.’

She writes, inter alia: …’It is highly misleading to say that Asian Americans are overrepresented in what remains an overwhelmingly white and male field. Classical music is often called “universal,” but what does universality mean when the field was built for white men who still hold much of the power? In my nearly 30-year career, I have seen not even a handful of ethnic Asians — much less Asian American women — ascend to executive or leadership positions.

‘I have witnessed throughout my career that those of us who are ethnically Asian but were born, raised or trained in America and Europe, are burdened with the belief that musicians of Asian descent are diligent, hard-working and technically perfect — but cannot understand the true essence of music, have no soul and ultimately cannot be true artists. In the beginning of my career, I was told by an influential conductor — who had never heard me play — that I could never be a true artist because he did not understand Chinese music and therefore Chinese people could never understand classical music.’ 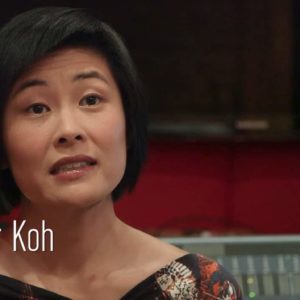