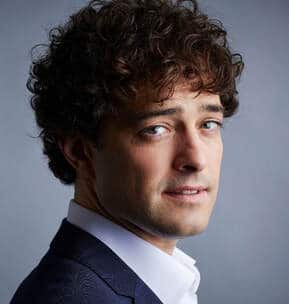 Ruth Leon recommends…Lee Mead in concert at the London Palladium

Attention, fans of Lee Mead. He is celebrating his 40th birthday with a spectacular concert from the London Palladium. Joined on stage by guests Kerry Ellis, , Steve Balsamo and Dalton Harris, Lee and his band relive some of the musicals and shows he has appeared in over the last twenty years in front of a live audience.

Lee Mead is  a hugely popular singer and actor who is equally at home on the West End stage, the television studio, and the intimate cabaret room. He has had long-running roles in British television series Casualty and Holby City and toured with his own show but he came to prominence by winning a BBC contest to star in Joseph and the Amazing Technicolour Dreamcoat and it made him a big star, going on to lead the cast in several more high-profile musicals to great success.

Now, rather to his own surprise, he’s turning 40 and celebrating with his band and his friends in this concert from London’s biggest variety venue.