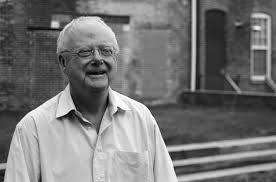 The death has just been announced of Louis Andriessen, an influential minimalist composer, probably his country’s most successful since the Renaissance.

Andriessen was 82 and had been suffering from Alzheimer’s Disease.

Born into a family of composers – his father, uncle and three siblings – he studied with Luciano Berio and joined the atonal avant-garde, switching to his own brand of minimalism with lashings of American jazz.

He won the 2011 Grawemeyer Award for the opera La Commedia and was widely acclaimed for a concert work, De Tijd. Much of his work was recorded by the US Nonesuch label.

Rolando Villazon gets a job »