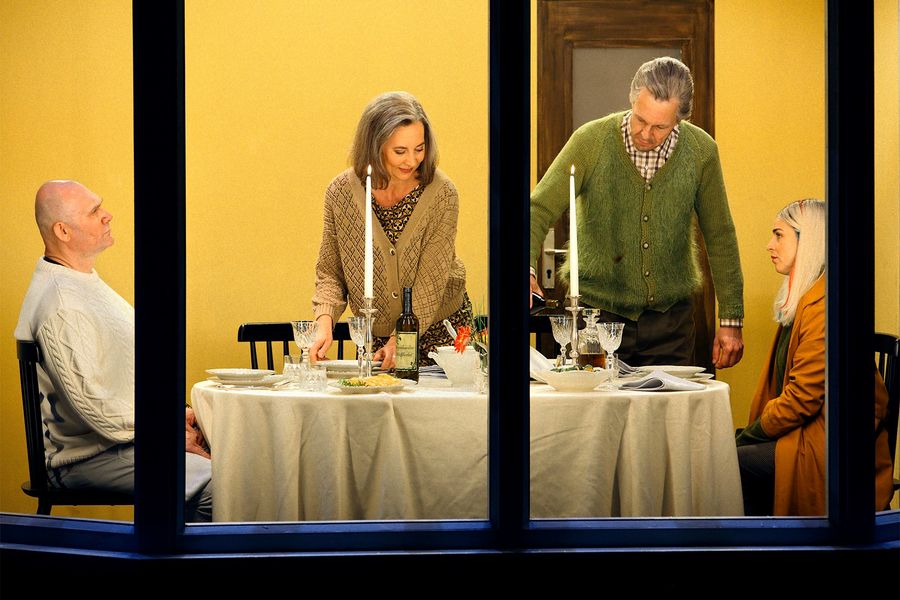 BR-Klassik (Bernhard Neuhoff): ….Cherniakov is a storyteller. But this thriller Schmonzette seems randomly slapped on Wagner’s idea drama: entertaining, but irrelevant. On the other hand, conductor Oksana Lyniv’s Bayreuth debut is a great success. Firm, energetic, to the point. How she whips up the orchestra surging, controlling the dynamics, making middle voices audible and coordinating difficult transitions, that’s really great cinema…

Georg Zeppenfeld is simply a fantastic Daland …John Lundgren sometimes sounds a bit dull as a Dutchman, especially in piano. The star .. maybe not so much because her voice is so beautiful – most of all, it’s intense…

Lyniv was not helped by Tcherniakov diluting the power of the overture with his convoluted backstory that remakes the entire piece. No ghosts, no ships: Tcherniakov sees John Lundgren’s Holländer as “H”, a local boy come back to his grim port town to take vengeance on the society that destroyed his mother, who had an affair with Georg Zeppenfeld’s Daland (a fine, hard-bitten performance) that pushed her to suicide…. Asmik Grigorian’s Senta is a sensation. Histrionically it’s overegged — the baggy clothes, sulky faces and blonde-streaked hair suggest a Wagnerian tribute act for Billie Eilish — but the Lithuanian sings with such a febrile quality that her voice gets under your skin and into your bloodstream. Grigorian deserved the most thunderous ovation I’ve heard in this house.

« Elim Chan is out of the BBC Proms