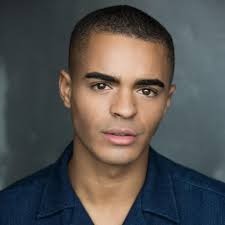 Hope Mill Theatre in Manchester will be livestreaming Jonathan Harvey’s touching play this week and next, to what he hopes will be a whole new audience who don’t remember the AIDS crisis. It is about a group of friends in that moment of time, back in the 90s, coping with the shifting landscape, and a family trying to come to terms with the unimaginable. This was the time when treatments were just beginning to be discovered, combinations of drugs which for the first time meant that a diagnosis was no longer a death sentence.

I remember the tag line for this play in 1999 was Love, Death and Judy Garland. It’s too complicated to explain why but you’ll get it when you see it. Hushaby Mountain, despite its themes and this rather ramshackle production, is irresistibly funny and it is especially timely to revive this play just when vaccination is serving the same function for Covid-19.

Directed by Nick Bagnall, who starred in the original production, this online version will star Matt Henry, Jodie Prenger, Layton Williams (in photo), Nathan McMullen, Amy Dunn and Harrison Scott-Smith as Ben.
June 11/12/13 and June 18/19/20 at 7.30 BST, Saturday at 2:30pm.

3 men, 3 women are through to conducting finals »