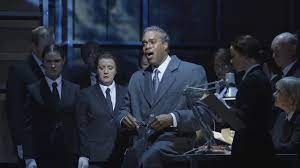 Nixon is Black but the Chinese can’t be yellowface

Scottish Opera has withdrawn its production of Nixon in China from a major award after complaints of ethnic confusion.

But a composer called Julian Chou-Lambert complained that only one of the Chinese was played by an Asian and that was ‘not good enough’.

#Yellowface in opera has to stop. It’s like blackface, but applied to East & South-East Asian characters. It’s offensive and dehumanising for ESEA people. Opera folks, please learn about this and do better, our industry is so behind here! #Yellowface #Opera #Orientalism https://t.co/EulSvca3cS

He has 341 followers, enough to make SO withdraw its show from the Sky Arts awards and effusively apologise.

A statement from Scottish Opera regarding our South Bank Sky Arts Award nomination for our 2020 production of Nixon in China: @BeatsOrg @skytv pic.twitter.com/h3VJz3gpse 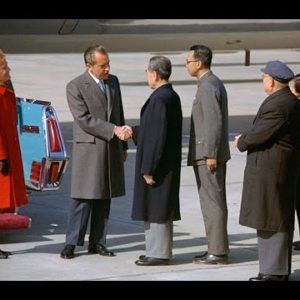 « No Beethoven next year at the Berlin Philharmonic

Berlin Phil has a new conductor. Name of John Williams »