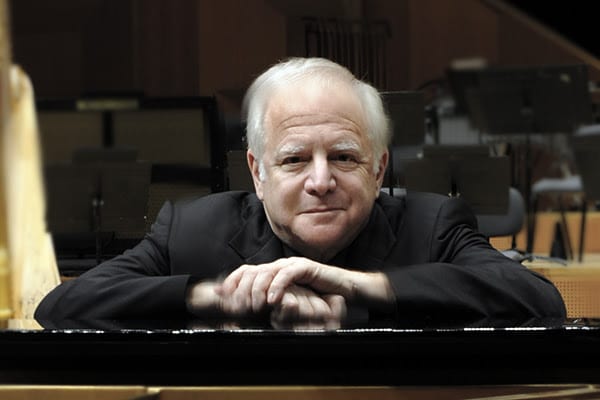 The maestro has written to the New York Times in response to Zachary Woolfe’s article on the failure of US orchestras to promote their assistant conductors. His letter was savagely truncated to 250 words.

Slippedisc.com can now publish the full letter below, for the greater edification:

Letter to the Editor

In his excellent and timely article from June 4, 2021, Zachary Woolfe writes of the many hurdles facing conductors in the United States, most of them regarding the opportunity to lead major orchestras in the country. As he rightfully points out, the pandemic has created a series of new challenges that could benefit and change the landscape in the near future.

Referencing Leonard Bernstein’s leap to conductorial stardom as a last-minute substitute for an ailing Bruno Walter in 1943, Mr. Woolfe shows us one path to a future on the podium. The same happened to me and provided a jolt to my career: In 1974, I was the associate conductor of the St. Louis Symphony when I received calls to fill in for Riccardo Muti at the New York Philharmonic, Daniel Barenboim at the Chicago Symphony Orchestra, and Sir Adrian Boult at the Royal Philharmonic in London during that one season.

These opportunities were made possible because of my time serving in secondary positions with an orchestra in the middle of the country. In 1968, my first year on the job, my functions were similar to those described in the article. I did not lead any subscription programs for two seasons, when the music director and musicians thought I was finally ready. Up until then, I attended every rehearsal and performance, led eighty-three children’s concerts, and conducted the occasional run-out date. The early years of an assistant were about watching, listening, and learning.

Those days are long gone. Even among the aspirants named in the piece, most of them are already getting engagements on the road. The task of absorbing an incredible amount of information, both musical and managerial, is daunting at best. Heading up an orchestra in this part of the twenty-first century is much more complex than it was when I began. Young baton wielders need to be careful not to move too quickly, as that potential star can burn out just as fast as it ascends.

But there is a point that Mr. Woolfe makes which is troublesome, at least on one level. He writes, “When Marin Alsop steps down from the Baltimore Symphony Orchestra this summer, it will leave the top tier of American ensembles as it was before she took the post in 2007: without a single female music director.” True, but that assessment is missing another key ingredient. It will leave the top tier American ensembles without an American music director, period. At the moment, there are at least four vacancies for the top jobs in the United States. One only need look at the conductors on the schedule for the 21-22 season to find out if we will have a native-born director in the foreseeable future.

During the last part of the twentieth century and well into this one, conductors such as Michael Tilson Thomas, Gerard Schwarz, David Zinman, Robert Spano, David Robertson, Marin Alsop, myself, and others, were all music directors of important orchestras. And we were all regulars on the guest conducting circuit. Some of us served as assistant conductors in the States and some did not. But all of us were guided by mentors who looked after us. These were not agents or managers but rather people connected to the music industry who had a birds-eye view of the entire landscape.

My own advice for the current crop of assistants is simple: stay put for a little while. I know you are all anxious to lead Mahler 2, Salome or Sacre. Much of your repertoire will come later. Develop your communication style, as this is a critical part of the profession today. Reach deep into your communities, doing work that the music director usually cannot. When possible, go to other orchestras, not to conduct but to observe, listen, and learn.

Boards and administrators must also play a crucial part. After all, they make the decisions as to who will lead their orchestras. Clearly the priority is on music-making when determining who is best qualified to become music director. But part of that decision must also be about boldness—finding the person who has innovative ideas, connects with both the orchestra and community, and can create a truly individual identity for the organization.

Possibly, that person has been in sight all along.