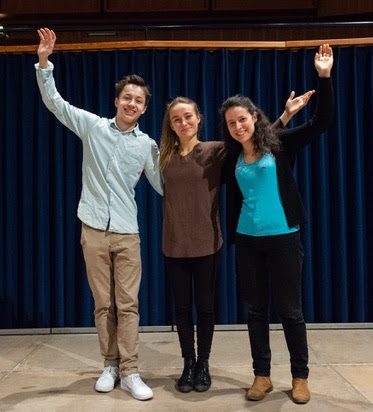 In the last Carl Nielsen competition, chairman Nikolaj Szeps-Znaider banned all professors from the jury to avoid the usual corruption of teachers promoting their own pupils.

This time, Nikolaj has gone one further and, since he has been teaching at the Danish Royal Academy of Music during Covid, he has also banned himself.

Instead of judging to the contestants, he will be leading them between performances in a week-long programme of mentoring, coaching, networking and broader education, known as Espansiva (after Nielsen’s fabulous third symphony).

‘The world has changed and this means that as competition organisers we should also adapt, says Szeps-Znaider. ‘While our priority is of course to find the brightest and most talented young musicians of today, we also feel it is vital to create an off-stage experience that benefits all the participants who come to Odense.

‘There was already something particularly special about the atmosphere surrounding the competition in 2019. With three competitions running parallel to each other there was a buzz in the air and a feeling more akin to a festival. It is this atmosphere that we wish to build on by creating an accompanying platform where the participants have an opportunity to meet their future colleagues and the music world’s movers and shakers, all in an informal and relaxed setting.’