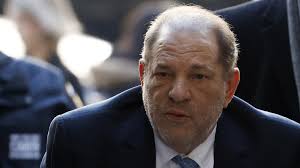 Irish have an opera on Harvey Weinstein

Conor Mitchell, director of the Belfast Ensemble, has composed an opera on the sexual predations of the jailed movie mogul, to be staged at the Belfast International Arts Festival in October.

Mitchell, 43, has taken his text from the testimonies of six women who gave evidence against Weinstein during his New York trial.

He tells the NY Post: “In a way, I don’t care about him. I care about the effect of his actions on other people. The ability of music to express that. One of the main arguments of the piece is ‘Where can music express what is not said here?’

« Musician is accused of rape at the Sydney Symphony Orchestra

Death of a German music director, 91 »