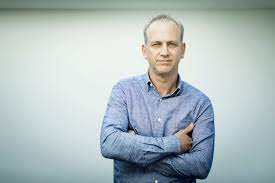 Another US orchestra can’t make up its tiny mind

North Carolina is looking for a music director. They are really not that hard to find. And it doesn’t make that much difference.

Here’s what North Carolina have decided (or not):

The North Carolina Symphony is proud to announce the appointment of Carlos Miguel Prieto as Artistic Advisor beginning in the 2021/22 season.

As the Symphony’s music director search continues, Prieto, a distinguished conductor with an international career spanning more than 20 years, will help ensure the continued artistic excellence of the orchestra. In addition to making guest conductor appearances leading the orchestra, Prieto will also fill artistic duties off the podium.

Carlos Miguel Prieto has longstanding relationship with the North Carolina Symphony and we are thrilled to welcome him to this role next season..

Indecision does not play well with regular folk who make difficult decisions every day of their lives. Why don’t orchestras get this?

« Germany retires its musicians much too young