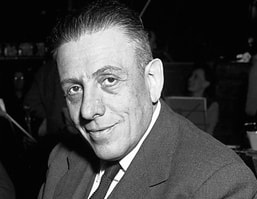 You have to know quite a lot about music and have a love for the composer, Francis Poulenc, to appreciate this musically illustrated talk by Graham Johnson from Wigmore Hall but, if you do, it’s endlessly absorbing. Distinguished pianist/accompanist Johnson is an enthusiast as well as an expert, probably the expert, having written the book about him as well as a number of books on Lieder, including a 3-volume work on the vocal music of Schubert.

In this talk he focuses on Poulenc’s songs which he discovered, along with his fellow student, Dame Felicity Lott, when they were both studying at the Royal Academy of Music in the late 60s.
Just after the First World War Poulenc became part of an informal collection of contemporary composers which also included Satie, Milhaud and Tailleferre, known as Le Six, not because of any particular stylistic kinship but because they were all friends and emerging at the same time.

Quietly spoken, Graham Johnson makes Poulenc’s life and music lively and worthy of our attention. The talk sent me back to listen to recordings of those songs as if for the first time.