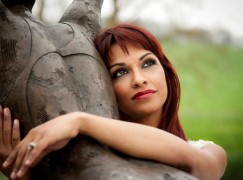 One opera singer pops up in BBC’s defence

The Guardian has published a letter from 18 arts people, objecting to a report that the BBC’s outgoing TV arts chief Jan Younghusband was consistently negative about classical music and opera.

The only opera signatory is a soprano who has occasional slots as a TV presenter. Her husband has also signed.

We publish the letter and its beneficiary signatories in full. It is a fair reflection of executive quality, closed ranks and lack of transparency at the BBC in the Martin Bashir era.

We feel strongly that your article (BBC showing ‘negativity verging on hostility’ to classical documentaries, 14 May) provides a wholly inaccurate and unbalanced view of Jan Younghusband’s role as the BBC’s head of music commissioning.

We know that many who have worked with her have only admiration for her extraordinary work in ensuring that the BBC remains at the forefront of both classical and popular music broadcasting. The classical music documentaries broadcast during her tenure are a testament to her desire to find fresh narratives in the genre – and reach new audiences.

Jan has been inspirational in this role and has been a tireless advocate and supporter of both established artists and emerging talent. Her commissions have won awards across the board – including an Oscar. She will leave a great legacy for the corporation to build on.
Roy Ackerman, Gus Christie, Danielle de Niese, Guy Evans, Angela Ferreira, Howard Goodall, Liz Hartford, Sir Lenny Henry, Nicolas Kent, Tim Kirby, Ian MacMillan, Greg Sanderson, Tom Service, Prof Amanda Vickery, Michael Waldman, Francis Whately, Ross Wilson, Dr Lucy Worsley