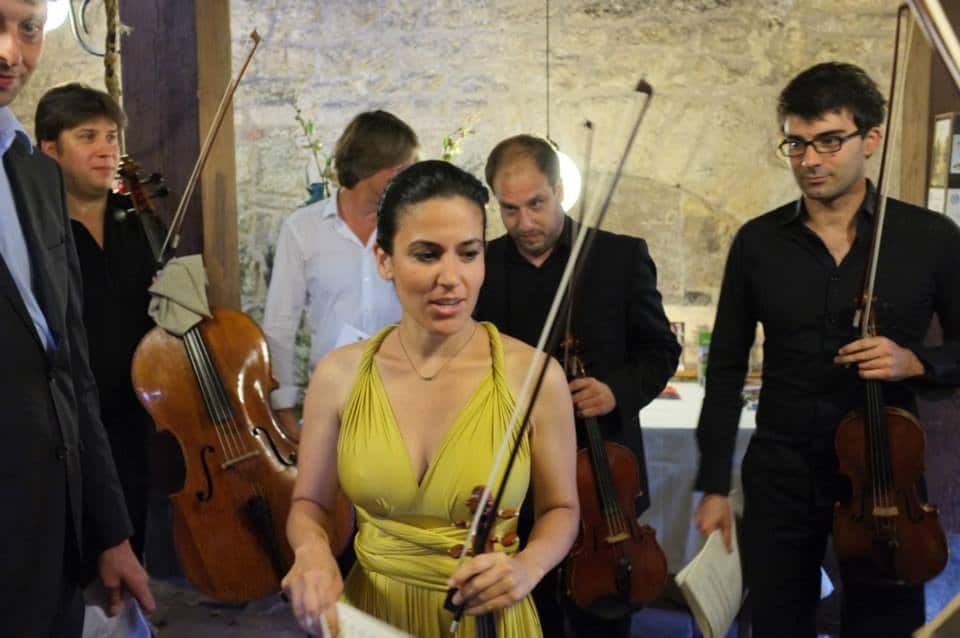 Menuhins gather in Song for Corinne

The pianist Hyung-ki Joo has got together with other graduates of the Menuhin School to offer a song in memory of Corinne Chapelle, who died tragically in March of cancer, aged 44.

Among those taking part are Nicola Benedetti, Corina Belcea, Aleksey Igudesman, and Alina Ibragimova. The music is by Cheryl Frances-Hoad.

Here’s what they say:
In February 2021, the classical music world was rocked by the news that Grammy-nominated violinist Corinne Chapelle had been diagnosed with a rare and aggressive form of cancer. Her only hope was a course of treatment in Germany, unavailable in the UK, at a cost of £300,000. Friends and colleagues rallied round, a crowdfunding campaign was started, and donations flowed in from those who loved Corinne as a person and as an artist. Tragically, Corinne passed away in March before the treatment could be completed, and is survived by her partner and six year old daughter Leila. Described as ‘one of the most promising of her generation’ by Yehudi Menuhin himself, Corinne attended The Yehudi Menuhin School from the age of 16-18. As soon as they knew of Corinne’s illness, a large group of alumni, led by pianist Hyung-ki Joo, gathered together virtually in order to brainstorm how the huge sum for Corinne’s treatment might be raised. One idea, proposed by composer Cheryl Frances-Hoad, was near to completion when the news of Corinne’s death was announced.

The alumni decided nevertheless to complete ‘Corinne’s Song’, an original piece of music for string orchestra, performed by over 50 alumni including Corina Belcea, Nicola Benedetti and Alina Ibragimova, as a tribute to their friend. ‘Corinne’s Song’ was composed by Cheryl Frances-Hoad, with audio-mixing by Emmy-nominated composer Halli Cauthery, video-editing by Deniz Kavalali, creative direction by Oli Langford and creative production by Hyung-ki Joo. The Alumni of The Yehudi Menuhin School present ‘Corinne’s Song’ in loving memory of Corinne Chapelle, an extraordinary violinist and human being who shall forever be missed.

« Why won’t the BBC back British artists?