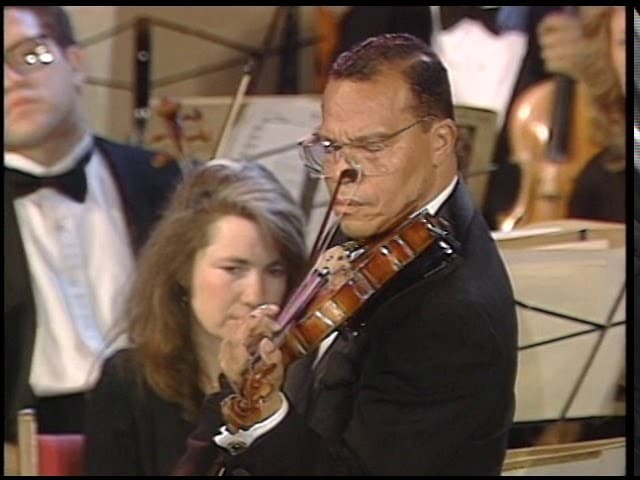 The controversial American pastor can play, slowly but with a certain authority.

Performance begins on video at 57.00.

Here are more typical Farrakhan utterances:
Jews were responsible for all of this filth and degenerate behavior that Hollywood is putting out, turning men into women and women into men…. White folks are going down. And Satan is going down. And Farrakhan, by God’s grace, has pulled a cover off of that Satanic Jew, and I’m here to say your time is up, your world is through. You good Jews better separate because the satanic ones will take you to hell with them because that’s where they are headed.
Saviour’s Day Speech, 2/25/18

It is now becoming apparent that there were many Israelis and Zionist Jews in key roles in the 9/11 attacks. Israelis had foreknowledge of the attacks… We know that many Jews received a text message not to come to work on September 11.
Saviour’s Day Speech, 2015

Just in: Chicago slashes its next opera season »