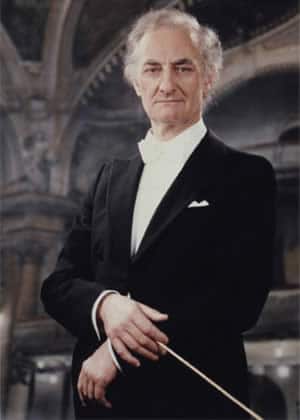 Death of a sought-after international maestro, 92

The long-exiled Czech conductor Martin Turnovský has died in Vienna at a great age.

Winner of the 1958 Besançon competition in France, he led a Czech radio orchestra until the 1968 Soviet invasion. He was chief conductor of Staatskapelle Dresden at the time. He left the orchestra immediately after the invasion of Prague, in which GDR soldiers participated

He taught at the University of Graz and guest conducted widely in the US, notably in Cincinnati and Seattle.

Major change ahead at Chicago Symphony »