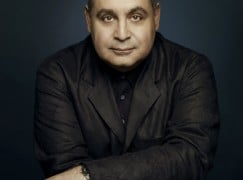 The Concertgebouw orchestra of Amsterdam, which has been running headless since it fired its last music director, has just put out a schedule for its coming season.

The most striking event is the appointment of Pierre Audi as ‘creative partner’.

The official blurb is bland enough: The Concertgebouworkest is entering into a three-year partnership with the visionary director Pierre Audi…. As its creative partner, Mr Audi will be working with the Concertgebouworkest this season on a mise-en-espace for a newly commissioned work by Tan Dun at The Concertgebouw and on a special programme at the Gashouder (Westergas Amsterdam) in collaboration with an unexpected guest artist.

Audi, a former head of Dutch National Opera who’s now running the Aix-en-Provence festival, is a very good ideas man. But his appointment hammers another nail in the coffin of the music director role.

The longer an orchestra goes without a chief conductor the less it finds it needs one. Many orchestras have not seen their MD for a year.

These are the dying days of the music director.