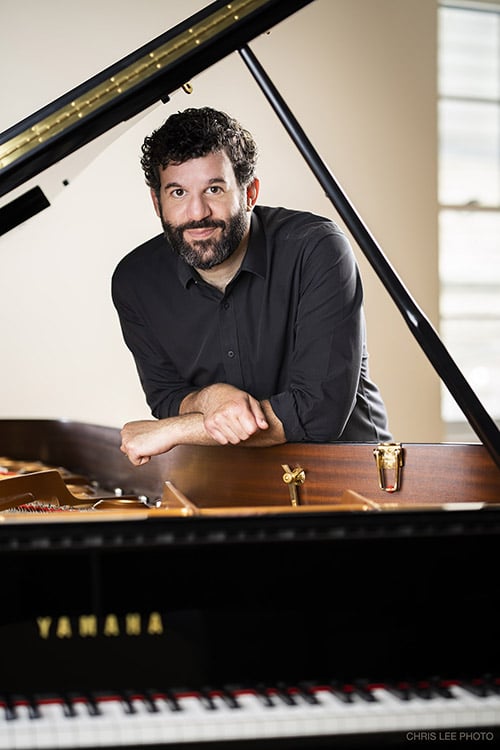 The enterprising, innovative, energetic and widely-connected piano activist Adam Marks has died in his sleep, reportedly of a heart attack.

Adam played anywhere from storefronts to Carnegie Hall and put on piano festivals in places where no piano played before.

He had residencies in Australia and California, toured widely with Eighth Blackbird and believed everyone had something to say in music. 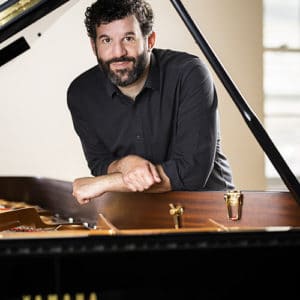 Composer Nico Muhly writes on Facebook: I want to join the chorus of people mourning Adam Marks, who died this week. A lovely man, widely adored and admired. My ridiculous memory of him: between an intense dress rehearsal and a show at Carnegie we were both playing, we ran into one another at the gym, both working through some chamber-music-rhythm-stress in our own awkward way in shorts and headphones. 20 minutes of parallel play on the stairmistress, and then 20 minutes of serious eye contact across two pianos. Other members of the community have more eloquent tributes, but I just wanted to chime in. Hug your friends, loved ones, and collaborators a second longer this week.

Memorial donations are directed here. Pull down the “Outreach and Justice” tab, and put “fridge” or “food bank”

Lori Kaufmann writes from Chicago: Adam Marks was an immense walking column of light, shining and bringing joy to all he came in contact with. I first met him in the lobby of Harris Theater around 14 years ago, but it was during his trip to Singapore in 2013 to play a concert with me and guest teach my students that I got to know this incredible, life-affirming man. To Adam, everything he experienced was “the best”- the best coconut milk, the best mango soursop smoothie, the best sushi, the best hotel in Bali, the best piece of music…….and this abundant gratitude for everything he touched was infectious. He even managed to put a positive spin on dropping his cellphone down an elevator shaft- a lesson for me (and my kids, who called him “Uncle Adam”) about not letting the little annoyances of life get you down. I will keep that sense of wonder and gratitude in my heart as I continue to be grateful to having spent time with this spectacularly compassionate man during his short time amongst us, the lesser evolved humans. To the many people grieving this week, especially Gabe, Craig, and Adam’s family, and also his students, teachers, colleagues, many many friends and admirers…. so very many people that he influenced, inspired, and loved with that amazing heart of his…..he will not be forgotten.