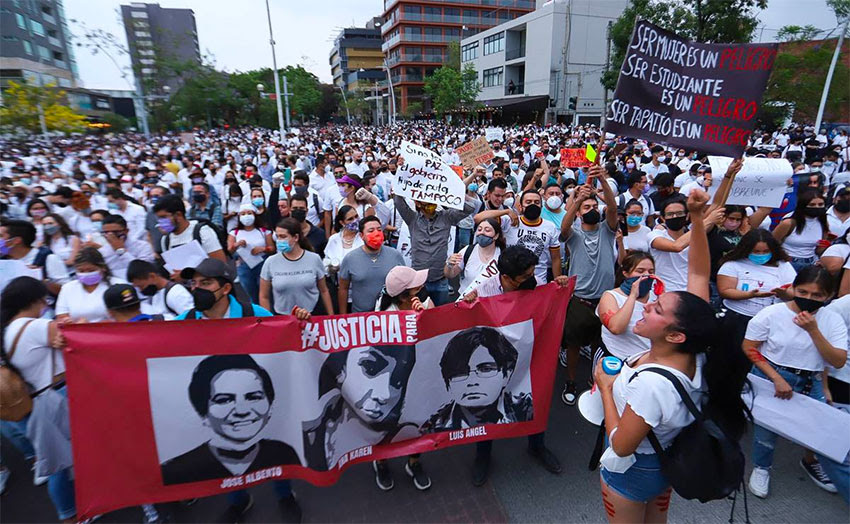 A report from Guadalajara where the bodies of three kidnapped musicians were found this week. Outside of Mexico, the tragedy has only been reported in slippedisc.com. Other music media remain unmoved.

A protest against violence and insecurity was attended by 10,000 people in Guadalajara on Tuesday in reaction to the murder of three local siblings.

Ana Karen, 24, Luis Ángel, 29, and José Alberto González Moreno, 32, were kidnapped from their home in San Andrés on Friday night and found dead on the Colotlán highway on Sunday morning.

Organized by the University of Guadalajara (UdeG), the march transversed two kilometers from the university rectory to the Monument to the Disappeared.

Academics, students and residents attended, many carrying photos of missing people, who number more than 12,000 in Jalisco alone, according to official data.

Rector Ricardo Villanueva Lomelí spoke to the crowd in front of the Monument to the Disappeared, lamenting the normalization of violence and demanding that the state ensure the security of its citizens.

The state Attorney General’s Office has said the murders could have been a case of mistaken identity. 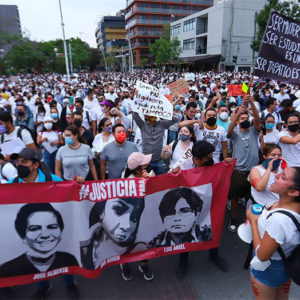 How’s life after Covid? Same as before? »