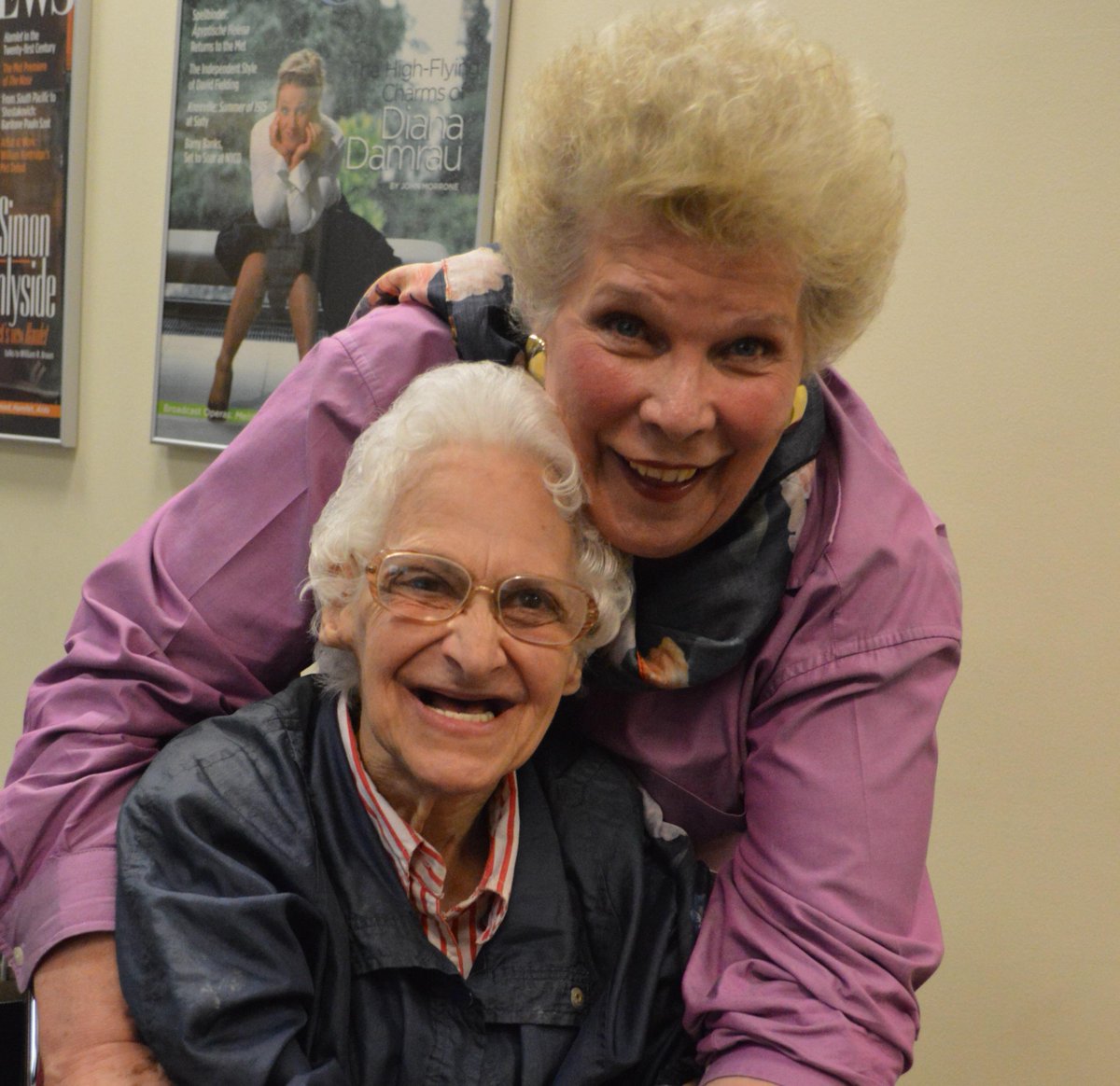 The NY Times has an obit for Lois Kirschenbaum, 88.

For more than a half-century, nearly every prominent singer to perform at New York City’s Metropolitan Opera could expect to be approached backstage afterward by a wispy woman in thick glasses, who held piles of memorabilia to be autographed while she praised their performance in a raspy Brooklyn accent…..

… few prominent singers went home without signing numerous items for Kirschenbaum, whose constant desire to get backstage helped her befriend some of the world’s most famous opera singers, from Beverly Sills to Plácido Domingo…..

“It was like getting a special type of approval,” mezzo-soprano Frederica von Stade said. “I never met anyone who didn’t welcome her backstage and want to hang out with her.”

Where Broadway is staging recitals »