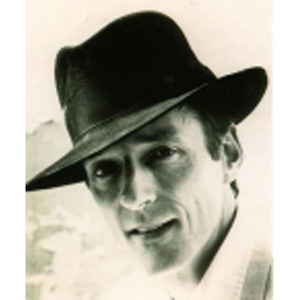 Lament for a versatile baritone

The Welsh baritone Eric Roberts is being widely mourned.

One of the very greatest performers I have ever worked with, Eric Roberts, died yesterday. He was touched by genius as few are. His comic timing combined with his use of words, distributed with Gatling gun precision, were wholly unique. I personally loved the mellow grain of his voice too. I will miss seeing his performances; for to see Eric onstage was to watch mastery. In his rep nobody, in my experience, has ever been better. A boxing match in “Iolanthe”, rolling a straw hat across his shoulders while doing “I am the very model of a modern major general”, falling off the back of a sofa and popping up for the next phrase, all within three beats rest, in Cenerentola, missing a chair and ending up flat on his back on the floor and the humiliation he endured as he recovered in front of Baron Ochs, wrestling with a gavel, which had a life of its own, in “Albert Herring”, the multiple roles he undertook with a chameleon’s skill in “Pacific Overtures” – Stephen Sondheim himself delighting in his ability with sung text (does praise come any headier than that?) – these were performances that were beyond the wit of man. Eric was the total package, acting, voice, personality, gift wrapped with bright ribbons.

We did twenty-odd shows together in thirty-five years and he made each and everyone so much better with his huge theatrical trunk of abilities. He inspired the silliest ‘business’ with a sense of truth so that every prat fall, double take, sleight of hand, pie in the face, eyebrow raised, chairs, handshakes and stairs missed, was attached directly to character, which was why it was so bloody funny. He was ruthless in his editing, which was a joy to watch and learn from. On top of all that, he was also such a lovely man. The best company imaginable. He would have been my luxury item on Desert Island Discs.

But there is one personal memory that will never leave me. In the early 1990s, I was running a company in the USA, and I invited Eric to sing Eugene Onegin. It was a magnificent portrayal, beautifully sung. Yes, you better believe it. Far more anguished, cynical, sick, and yet vulnerable than normal. It was a triumph. Breathtaking to see a chrysalis awaken and burst forth, once liberated from stock and lazy casting. Of course, there was no risk taking involved. Eric always rose to any challenge and gave his all. Then within a year of that, he took over from a big Broadway and Hollywood star in part of a tour of my production of “My Fair Lady” as Henry Higgins. Again, he was outstanding and, alas, far better in all aspects than his predecessor – who had been good enough, until you saw Eric. On both these occasions, at the end of each performance, the wonderful US audience went wild for him. Bravo-ed him to the rafters in the Tchaikovsky, and then this turned to a foot-stomping standing ovation night after night for Higgins. The cheers, whoops and whistles, really shook him to the core. I think he felt the response was somehow a mistake. Charmingly, he never stopped finding a way to talk about it ever since – I was of course one of the few people he came across who had witnessed it! I will cherish forever the glow within him as he finally felt the appreciation he deserved. Although, he would never have seen it in that light. What I am left with concerning those two shows is this: can you think of anyone else in our business who could achieve a double whammy across the broadest spectrum of the repertory like that?

Every rehearsal he was in was invigorated and softened by his presence. He is one of those people for whom it is wholly appropriate to say, we will never see his like again. He was the best of us: in talent, in friendship, as a colleague, and in modesty. God, I will miss him, like many of you out there who are connoisseurs of great singing-actors. And just tell me anyone who didn’t love him? The brightest of follow-spots has just been shuttered closed for good.