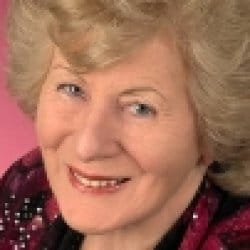 The Irish President Michael D Higgins has led tributes to the influential soprano Veronica Dunne, who has died aged 93.

Dunne shot to fame in the early 1950s as a Covent Garden cast member in London, specialising in the roles of Marguerite and Micaela. She returned home after a decade and went on to become a formidable teacher.

President Higgins said: ‘Throughout her life Dr Veronica Dunne captivated millions with her singing. The legacy she leaves lies in the talents of those scores of others whose talents and performances she unlocked with her enthusiasm, energy and commitment as a teacher and friend.

‘Guided by her warmth, passion and energy, she developed the Veronica Dunne Competition from its beginnings in 1995 into one of the foremost international singing competitions in the world. I had the privilege in 2014 of presenting her with the National Concert Hall Lifetime Achievement Award. Sabina and I send our deepest condolences to her family, her many friends, including her former students, and the community of music lovers who will feel her loss so keenly.’

Wuhan oratorio marks a year since lockdown was lifted »