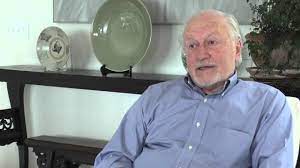 Paul Edward Kellogg came to Cooperstown, New York, in 1975 to write, but stayed to develop one of the premiere summer opera and music-theater festivals in the United States. He leaves as a highly respected and well-beloved member of the greater Cooperstown community. Paul Kellogg died in Cooperstown at Bassett Hospital on April 28, 2021, of natural causes. He was 84.

Kellogg was born on March 11, 1937, in Hollywood, California, into a family passionate about music. His father, Harold Kellogg, a student of Jean de Reszke and Oscar Seagle, worked at 20th Century Fox teaching voice projection and diction. His mother, Maxine, was an accomplished pianist. Kellogg, however, began his career focused on another art form — language. He and his parents moved to Texas in the late 1940s, and Kellogg received his undergraduate degree in Comparative Literature from the University of Texas at Austin. He continued his studies at the Sorbonne in Paris and at Columbia University. In 1967, he joined the faculty of the Allen-Stevenson School in New York City as a French teacher, and ultimately became Assistant Headmaster and Head of the Lower School. He relocated to Cooperstown in 1975.

In Cooperstown, Kellogg met a community eager to create art. In July of that same year, Glimmerglass Opera produced, in its founding season, four performances of Puccini’s La bohème, staged in the Cooperstown High School auditorium. Kellogg became involved with the company the following season when his partner, Raymond Han, a world-renowned painter and sculptor, was asked to work on the sets of La Traviata, Cavalleria Rusticana and Pagliacci. Kellogg initially intended to work on the sets with Han, but ultimately turned his attention to props. From then on, Kellogg loved instilling the art of opera into the Cooperstown community.

In 1979, Kellogg was appointed Glimmerglass Opera’s Executive Manager. His title shifted over time as he expanded his duties with the company, becoming General Manager in 1984, General Director in 1987 and General & Artistic Director in 1995. Under Kellogg’s leadership, the Festival Season grew to include four fully staged productions each summer. In 1987, the company opened the Alice Busch Opera Theater, a newly built professional theater designed by Hugh Hardy, which Glimmerglass calls home to this day. Its construction and opening sealed the company’s evolution from a community organization to a major international festival. In 1988, Kellogg helped establish the company’s Young American Artists Program (now the Young Artists Program), which continues to be a premiere training ground for singers like Christine Goerke, Anthony Roth Costanzo and Rachele Gilmore. Kellogg’s 26-year tenure saw productions of rarities by composers ranging from Claudio Monteverdi and Francesco Cavalli to John Philip Sousa and Benjamin Britten, as well as innovative approaches to standard repertory led by directors such as Martha Clarke, Mark Lamos, Jonathan Miller, Simon Callow and Leon Major.

His last season at Glimmerglass was in 2006, and his final year at New York City Opera was 2007.

61 years a cellist in London orchestras »