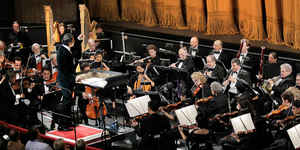 Exclusive: A second NY orchestra is starving out its musicians

While all the attention has been centred on the Metropolitan Opera’s Peter Gelb witholding musicians’ wages for the pandemic year, beneath the radar another orchestra was being similarly deprived.

The orchestra of New York City Ballet normally plays for half the year. Its music director is Andrew Litton and its principals have a range of other activities in their down time across the NY musical ecology. All that stopped with Covid.

In March of 2020, we had just finished our winter season. On March 1st, Covid was deemed a national emergency. At the end of the month, March 25 or after, the contract we had, which would have expired on Labor Day, was replaced by a special new agreement. It called for us to be paid for 6 shows/week as well as a number of other things, Principal pay, seniority…and continuation of our health plan. We were paid this for our 6-week Spring season, end-April to beginning of June.

At the beginning of July 19, 2020, management sent us a WARN letter. Our orchestra committee and our union (Local 802) assured us that the furloughs described were for administrative positions and would not affect our 6-show payment for the weeks we would have worked. There was mention of meetings with mgmt at the beginning of Sept., but when our season would have started, no pay check. We have received $0 since June, 2020.

Our union filed a Grievance with the American Arbitration Association, who scheduled the hearing for April 7, 2021. According to the most recent (and one of the only) communiques from our orch comm, that hearing has been moved to the beginning of May.

And that’s how things stand for these musicians: no pay for nine months. No money for their mortgages, their kids, their overheads.

Not much action from the union, not a word from the music director.

Why is no-one in New York media kicking up a fuss?

Oh, maybe the Times never got a press release.

‘How is it that every single “live” recording hasn’t got a single mistake?’ »