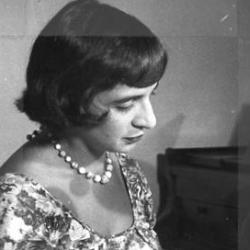 Dante Santiago Anzolini, conductor of the Orquesta Sinfónica de Guayaquil, was planning a South American premiere of a Hitler-exiled composer when the latest lockdown has forced a change in plans.

Dante is immensely enthusiastic about Ursula Mamlok’s Concerto for Strings. Mamlok landed in Ecuador with her parents in 1938 at the age of 15. Two years later she won a scholarship to Mannes in New York. Published by Peters, in 2006 she moved to Berlin, dying there in 2016.

Sadly, Eciador won’t get to hear Urusla just yet. But its chamber concert of Nazi victim composers, including the Dutchman Leo Smit, can be heard live tomorrow on the orchestra’s Facebook page.

China brings back Beethoven for the masses »