From an intensive report in the Christian Science Monitor:

… About a third of all opera performances worldwide take place here, and Germany has cultivated a society where children are schooled in music theory and adults commonly budget for opera season tickets.

“Berlin is a city where I’ve gotten into taxis and said, ‘Take me to Deutsche Oper,’ and the driver launches a discussion about ‘Don Giovanni,’” says Mr. Carico, a freelancer who was formerly salaried at Berlin’s premier opera company. “Music is baked into society here in a way I haven’t experienced in America.”…

Nearly every midsize German city has an opera house, which has gifted fans an enviable set of statistics. Germany is home to 1 of every 7 of the world’s opera houses, and nearly 4 million people attended the opera during the 2018-19 season….

“The state financed us through this situation,” says Mr. Theiler. “We aren’t in danger of going broke because there is a vested interest in keeping us afloat and running, so that we can be here as soon as we are allowed to re-open.”

More than a year into the pandemic, the Saxon State Opera hasn’t let anyone go, keeping about 800 musicians, singers, dancers, administrators, and other workers, including the house tailor. Freelancers on contract were also paid.

The Canadian pianist Janina Fialkowska will turn 70 next weekend.

Useful fact: the actor Christopher Plummer was her cousin and neighbour in Connecticut.

“Emerging from this difficult period, we have to consider deeply what we have learned and what we want to change,” said Deborah Borda, New York Philharmonic Linda and Mitch Hart President and CEO. “Last summer’s 81 Bandwagon concerts were a beacon for us — the beginning of a dialogue. We want to take that crucial work of partnership, in all its forms, even further. Bandwagon 2 allows us to center the voices of our partners, and utilize the Philharmonic’s resources to amplify the work of our collaborators. Fundamentally, it’s an opportunity to make joy with our community.”

The mobile venue for Bandwagon 2 is a customized 20-foot shipping container, which features a foldout stage and LED video wall designed and created by Chad Owens; a state-of-the-art Meyer Sound Spacemap Go system; integrated lighting; and a video control system designed and
created by Mark Grey. Groundswell, celebrating its 25th anniversary this year, has created a new mural to adorn the sides of the container. Artist Julia Cocuzza designed the mural in collaboration with the Philharmonic and all partner organizations, incorporating visual elements
important to the identities of each group.

From this week’s Lebrecht Listens:

The German writer Thomas Mann cast such a huge shadow across 20th century culture that his six children struggled to emerge in their own light. The eldest, Klaus, a remarkable novelist, committed suicide at 42. His sister Erika, with whom he had symbiotic links, was a bisexual media activist. Another daughter, Monika, made a living for a while as a pianist. Elisabeth became an expert on maritime law and Golo was a generally embittered German historian.

With more than 100,000 tickets sold, the Dutch bandmaster has called off his summer series at the Vrijthof in Maastricht. The Dutch authorities will not let him go ahead.

Here’s what he says:

A lot has happened during the last few months, which gives us new hope to play concerts again for you in the near future.

Many of you, my dear fans, are already vaccinated by now, me too. Unfortunately, we are not yet far enough with vaccinating to sing, laugh and dance together in Maastricht in July, carefree and happy. My orchestra and I long for these evenings as much as you do. I am therefore deeply sad to inform you that our traditional open-air concerts on the Vrijthof in Maastricht can’ t take place this year either.

My concerts are for everybody, young and old. For my fans from all over the world. My orchestra and I are very proud to entertain the whole world in my hometown every summer. 150,000 fans from 90 different countries joined us to celebrate unforgettable evenings in 2019. Those of you who have already visited my concerts in Maastricht know that this magical, unique flair, this joyful atmosphere is only possible without restrictions and distance.

When we celebrate, we do it duly! Unfortunately, this is still not possible in 2021, and your safety is, of course, my top priority.

We have been working very hard over the last few weeks to reschedule all the concerts as we want to give you something to look forward to.

My Johann Strauss Orchestra and I are sending you our very best wishes. We can’t wait to share music and joy with you again very soon!

The waltz must go on – and it will go on!

The director Gerard McBurney has reported the death of composer Anthony Payne, whose wife Jane Manning died exactly a month ago.

We have no further details as yet.

Payne, who was 84, is best known for accepting a BBC commission to complete the third symphony of Edward Elgar. He wrote two books, on Arnold Schoenberg and Frank Bridge. 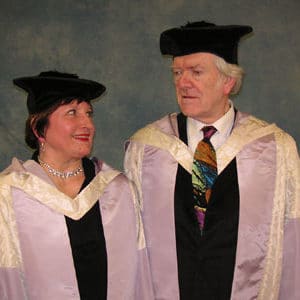 So soon after his beloved wife Jane Manning, Tony Payne has gone https://t.co/R8DWSAn6OB How many of us will miss them both! British music is so much richer for their laughter, incomparable generosity to so many generations, their exuberant home into which they welcomed everyone!

The veteran international conductor Kazimierz Kord has died at the age of 90, Polish radio reports.

In the US he conducted 62 times at the Met from 1972 and was principal guest at the Pacific Symphony.

Russian trained, he was a highly skilled maestro with limited flexibility in human relations.

The star violinist has joined a group of musicians who have issuing legal threats for several months over government closures of concert halls and opera houses.

The group’s case was rejected by courts in Bavaria.

Today, they filed a complaint with the German Federal Constitutional Court, demanding justification for the continued closure.

President Macron has approved the reopening of cultural spaces with audience from May 19.

Up to 800 attenders will be permitted indoors and 1,000 outdoors.

The new-music world is revolving once again.