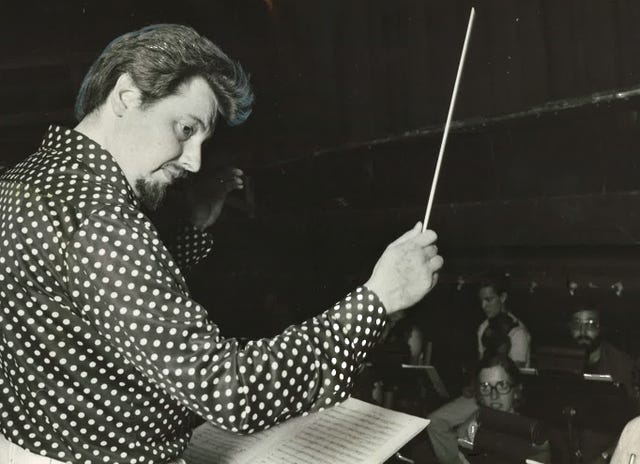 US opera laments a founder

With heavy hearts, Des Moines Metro Opera shares the loss of our beloved Founder and Artistic Director Emeritus, Robert L. Larsen. He passed away peacefully in Indianola on Sunday, March 21, 2021. Our hearts go out to his family, friends and former students at this time of immense sorrow.
Visionary conductor and stage director Robert Larsen was born in Walnut, Iowa, in 1934. Against the backdrop of that rural Iowa community, he developed an unlikely interest in opera. Early in his career, he declined an offer from the Metropolitan Opera in order to remain in his home state to share his love for music and theatre with his fellow Iowans. Dr. Larsen believed that quality performances of great music should not exist exclusively in America’s largest cities, but could belong to everyone. With that in mind, in March of 1973 and with little time to spare, he selected opera titles, hired singers, formed a board of directors and raised $22,000 to launch Des Moines Metro Opera just a few months later on June 22, 1973. That first season, professional singers worked alongside his students to create something out of nothing via sheer determination and loyalty to their beloved leader. Larsen served as Conductor and Stage Director for every one of the nearly 120 productions for the Company’s first 38 seasons – an unparalleled accomplishment in American music. He worked and collaborated with more than a thousand singers, orchestra musicians, designers, technicians, and he motivated colleagues to reach the peak of their own capabilities. Today as the company he founded approaches its 50th Anniversary Season, he remained immensely proud of its next generation and the Company’s continued success following his retirement in 2009.
His love of Iowa and great music was boundless. Nothing delighted him more than great singing and marvelous young voices. His passion for music-making inspired all those who had the opportunity to work alongside him including artists, colleagues, students and members of the community. He instilled in them the same awe and wonder that surrounded his childhood memories of music and the joys of his life. The strength of his vision to bring quality opera performances to Iowa brought thousands of people to this magnificent art form, forever changing the lives of so many. He will live on in our hearts forever.

« Domingo will stage his next contest in Moscow