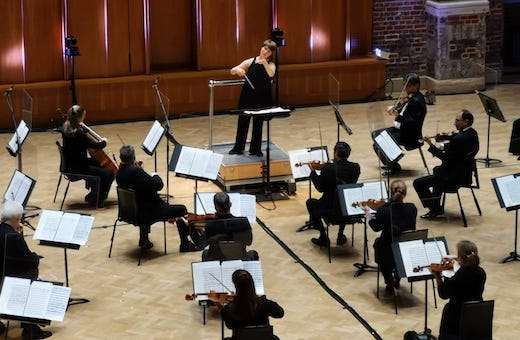 The outgoing Birmingham conductor Mirga Grazinyte-Tyla is getting seriously out there.

Next week she’s conducting Simon Rattle’s new band, the Bavarian Radio Symphony Orchestra, in what will be the first Munich performance of music by Mieczysław Weinberg, his second symphony.

The BRSO say she’s the third woman to debut with them this season, after Oksana Lyniv and Karina Canellakis.

« Silence from Yannick over James Levine