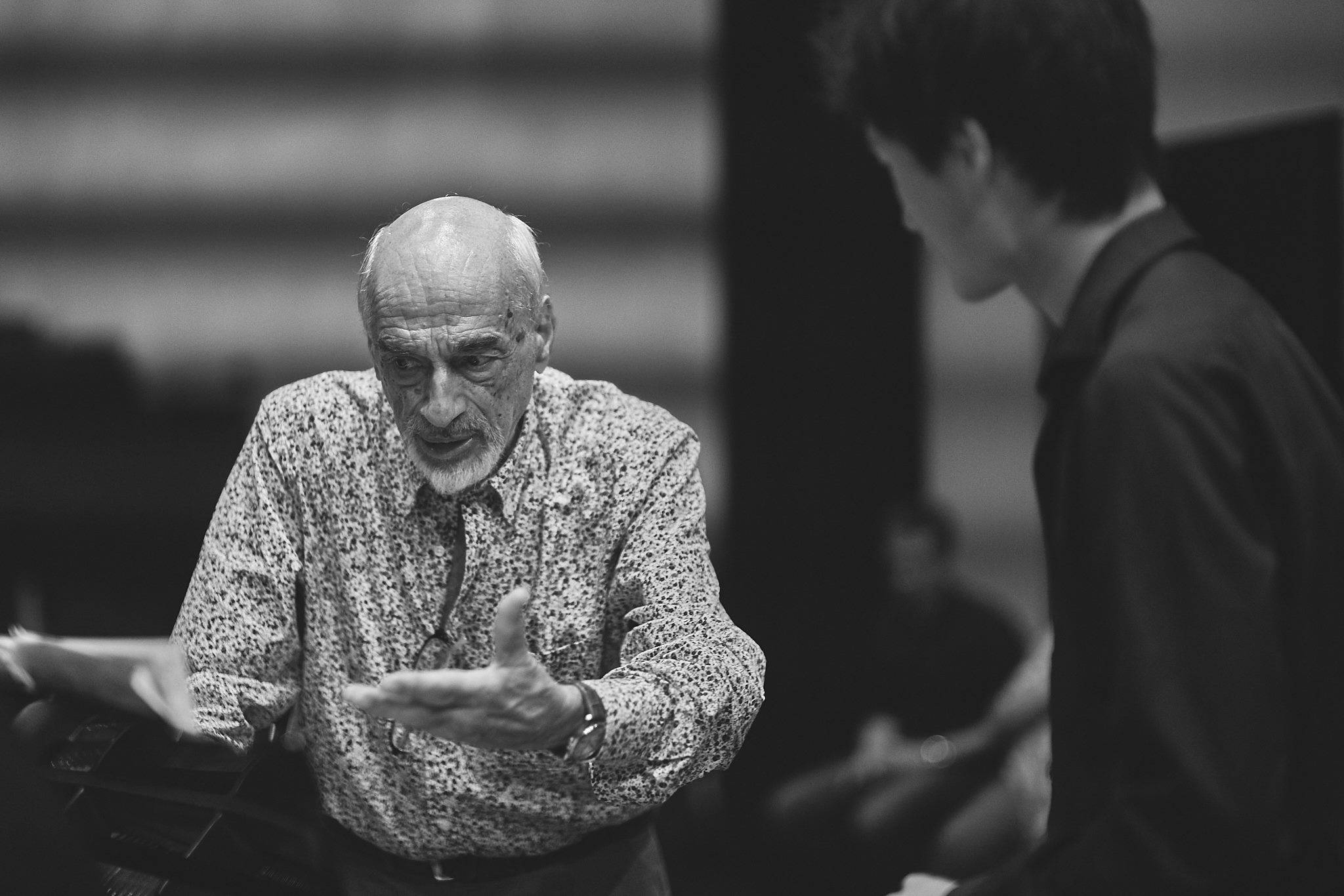 Kirill Gerstein: What I learned from Bashkirov

Dmitri Bashkirov, the Georgian-born, Russian-Jewish pianist and teacher, died on Sunday in Madrid. One of his pupils, the Berlin-based Kirill Gerstein, remembers the inspirations he shared in a specially-written eulogy for Slipped Disc.

Bashkirov was one of the few remaining musicians of the post-war generation that rose up through the Moscow conservatory. At the time of his studies, the school still had teachers who stemmed from the golden days of Rachmaninoff, Taneyev and Scriabin. His teacher in Tiflis was Anastasia Virsaladze (herself a student of Anna Essipoff) and in Moscow, Alexander Goldenweiser – a friend of Rachmaninoff and a member of Leo Tolstoy’s circle.

Naturally Bashkirov’s musicianship, cultural outlook and personality were shaped by the history of the Soviet Union in the 20th century: I remember him sharing vivid details of walking on roofs of Moscow buildings to get a closer view of Stalin’s funeral in 1953; his recollections of his first trip abroad to France in 1955, as a participant in (and eventual Grand Prix winner of) the Marguerite Long competition; stories of recording sessions with Kondrashin, conversations with Neuhaus, postcards from Shostakovich; difficulties of the long period of his being locked in the Soviet Union, permission to concertise abroad having been taken away by the authorities.

A thread running through his life was his passion for teaching. He would often easily admit that he enjoyed teaching almost more than playing. Bashkirov taught first at the Moscow Conservatory, then eventually at the Escuela Reina Sofia in Madrid when the changing political situation in Russia allowed him to work abroad in the early 1990’s, as well as at the Como piano academy in Italy and in countless masterclasses in Salzburg, Verbier, Helsinki and throughout the world.

What remains after we are physically gone is a question often at the center of human existence. A teacher (like a parent), leaves a living imprint carried by their students. It is a complex relationship, fraught with dangers, as well as the most intimate and possibly uplifting experiences, for both sides involved. It is practically impossible to reduce this dynamic of studying with someone or learning from them into a verbal condensate.

What was it that I learned from Bashkirov from the moment that I first played for him in 1996? He could be controversial, frightening, mercurial and simultaneously caring, insightful and instinctive. Music ignited him and never did he seem indifferent. This burning was audible in the temperature of his sound, when he demonstrated; in his expectation of engagement in the act of interpretation and performance, in his very interest in all things musical. He taught in lessons, and while listening to historical recordings with his students, over dinner and tea in his living room and during walks. He also kept learning, admitting his mistakes, revising.

Maybe what mattered most of all was the example he set of a totality of engagement and intensity of interest, an interest that really becomes a manifestation of love, and that this continues to be what so many people who were touched by him carry inside themselves, and continue kindling, each in our own way.

Bashkirov survived many health hurdles and always said that it would be when he would no longer be able to teach that he would die. The year of the pandemic certainly and severely reduced his access to the fountain that fed his spirit for so long.

At the end of his 1974 song cycle “Suite on the words of Michelangelo”, Shostakovich sets this poem by the great Italian artist entitled “Immortality” and its lines now float into my thoughts:
Here fate has sent me eternal sleep,
But I am not dead. Though buried in the earth,
I live in you, whose lamentation I hear,
Since friend is reflected in friend.
I am as though dead. But as a comfort to the world
With its thousands of souls, I live on in the hearts
Of all loving people. And that means I am not dust.
Mortal decay cannot touch me.

In a similar way, the legacy of Dmitri Bashkirov lives on in our grateful hearts and ears.

« Confessions of a music critic

Violinist writes: Juilliard must wise up or die »