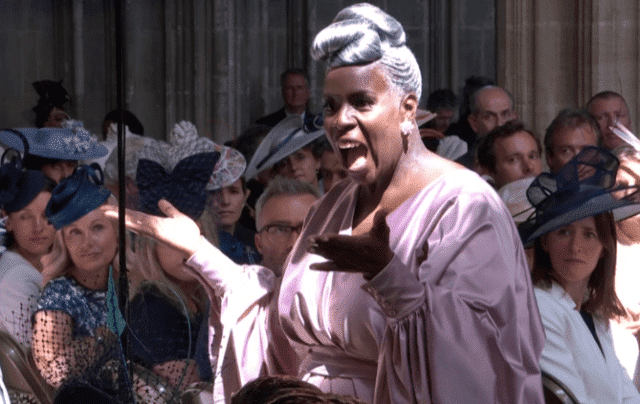 Karen Gibson, founder of the Kingdom Choir — which was selected by Prince Charles to sing at the wedding of his son Prince Harry and Meghan Markle in 2018 — said Prince Charles has since “gone out of his way” to congratulate the Black gospel choir on its further success, including a record deal with Sony Music….

“Apparently [The Kingdom Choir] was Charles’s choice, apparently Charles recommended them to Harry and Meghan, which I was surprised at,” royal podcaster Emily Andrews said in 2018, according to Town and Country magazine. “I was told that by one of Charles’s member of staff yesterday.”

Meghan, in case you hadn’t heard, has accused an unnamed member of the Royal Family of racism in connection with her first baby.

« Free opera stream of the weekend: A long-stemmed rose

Listen to the great Russian might-have-been »