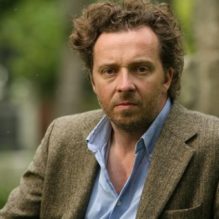 The German baritone Christian Gerhaher has filed this morning in the Bavarian courts for an order requiring the government to reopen theatres immediately.

Here’s the wording of his lawsuit:

The initiative “Standing Up for Arts” files a collective interest lawsuit (“popular complaint”) with the Bavarian Constitutional Court today.

It is true that the legal, media and political pressure exerted by the initiative “Standing Up for Arts” has led to far-reaching changes in the opening scenarios of theaters, opera houses and concert halls in Germany. This was most recently demonstrated by the measures recently adopted at the conference of federal minister presidents on March 3rd, 2021. There is now an acceptable opening perspective with regard to hall occupancy and orchestra spacing, which is welcomed by the initiative “Standing Up for the Arts”.

Nevertheless, the 12th Infection Protection Measures Ordinance does not rectify the fundamental constitutional imbalance of artistic freedom, but rather reinforces it. Large parts of both, retail and personal care/hygiene-related services, which were allowed to open as early as March 1st and March 8th 2021 respectively, are not bound by any incidence values, and therefore are not threatened with immediate closures in perspective. This unequal treatment and even preferential treatment of sectors that are not constitutionally protected at the same level as the Arts, in addition benefits the industry, which has continued to operate since November, with only marginal restrictions.

Likewise, religious institutions, which are protected on the same level and without reservation as artistic freedom, were allowed to remain open throughout, despite ventilation systems that are not comparable with those in theaters, opera houses and concert halls. In addition, scientific studies show that the risk of infection in performance venues is minimal, given the hygiene concepts already in place at these locations. Such indoor risk is rated as the lowest one, compared to retail, schools, or even open-plan offices and the risk assessment does not change with mutations, but remains the same in relationship to other areas.

The initiative “Standing Up for Arts” therefore files a collective interest lawsuit with the Bavarian Constitutional Court today, in order to initiate a fundamental constitutional clarification of artistic freedom. At the same time, it reserves the right to file an emergency petition at any time and without delay, should the opening perspectives not become reality, should the theaters, opera houses and concert halls be ignored again in the next opening steps or even face renewed closure.

UPDATE: The Staatstheater am Gärtnerplatz has announced it will reopen on March 26.

« Jaap’s back in New York

Verona will go ahead this summer »