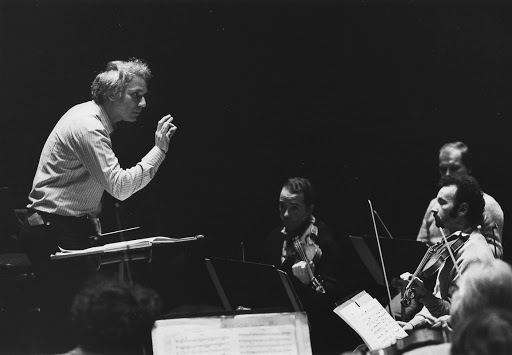 Mourning for a Britten musician

The conductor Steuart Bedford died yesterday at the age of 81.

A positive and discreet member of the Aldeburgh circle, he conducted the world premiere of Death in Venice, as well as the first recording, and was much in demand worldwide for the rest of Britten’s operas.

He was an artistic director of the Aldeburgh Festival from 1974 to 1998.

His brother, the composer David Bedford, died in 2011. A third brother, Peter Lehman Bedford, was a singer.

Such sad news about the death of Steuart Bedford. Privileged to have known him and, like so many, to have learned so much from him. He played such a unique role in the history of @BrittenPears and his part in bringing to life the music of @BrittenOfficial will never be forgotten

Genuinely sad to hear of the death of Steuart Bedford, who from the moment I met him at the @RoyalAcadMusic was unfailingly kind and supportive to me. He also directed some of the most memorable musical moments of my life, often at Aldeburgh. https://t.co/P8eIeWlRRK pic.twitter.com/EJix9BqCYJ

« Just in: 70% of shielding UK musicians will not play until vaccinated