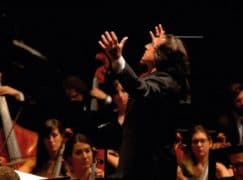 Maestros are starting to lose it in lockdown

Muti, 80 this year, said: ‘I appeal to Draghi, an extraordinary person, so that he can restore the dignity to culture in Italy that it deserves.’

In Dresden, Christian Thielemann is having a very public falling out with intendant Peter Theiler, who cancelled an impossibly large rehearsal for Strauss’s Ein Heldenleben. ‘You can’t believe how disappointed I am that an orchestra like the Staatskapelle is not allowed to play and that we haven’t made more efforts to make something possible,’ said Thielemann.