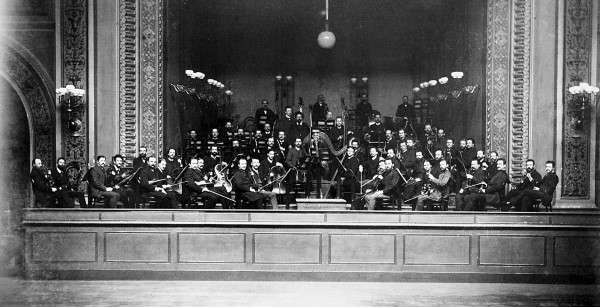 All week long, archivists at the Berlin Philharmonic have been burrowing through files on behalf of Slipped Disc to determine who, in 140 years, had the longest tenure.

In recent times, matter have been complicated by German legislation which sets the earliest hiring age at 18 and a mandatory retirement age of 65, rising soon to 66/67.

So it’s no huge surprise to find that one of the founding players, the first harp, played longest.

Here is the official top 10:

« Estonians mourn a US emigre conductor, 88

When will we ever hear Mahler again? »