Who’s playing in the most famous string quartet of 2021?

Netflix has a phenomenal hit on its hands with the English period drama, Bridgerton.

Scorned by critics, it has been watched by more people that The Crown, consigning Downton Abbey to premature oblivion.

All the music in the series is played by a string quartet, mostly as Haydn-like adaptations of recent pop hits, such as Billy Eilish’s Bad Guy and Taylor Swift’s Wildest Dreams.

The group is the Vitamin String Quartet, an ad hoc, interchangeable ensemble managed since 2008 by the CMH label.

The individual musicians are not named on any website, or on Wikipedia.

The violist Tom Tally has been named as one of those involved, but why the secrecy?

Can we identify any more?

Here’s a Billboard picture of a live Vitamin SQ concert in 2018.

Is it not a form a slavery for musicians to be made to work and not credited? 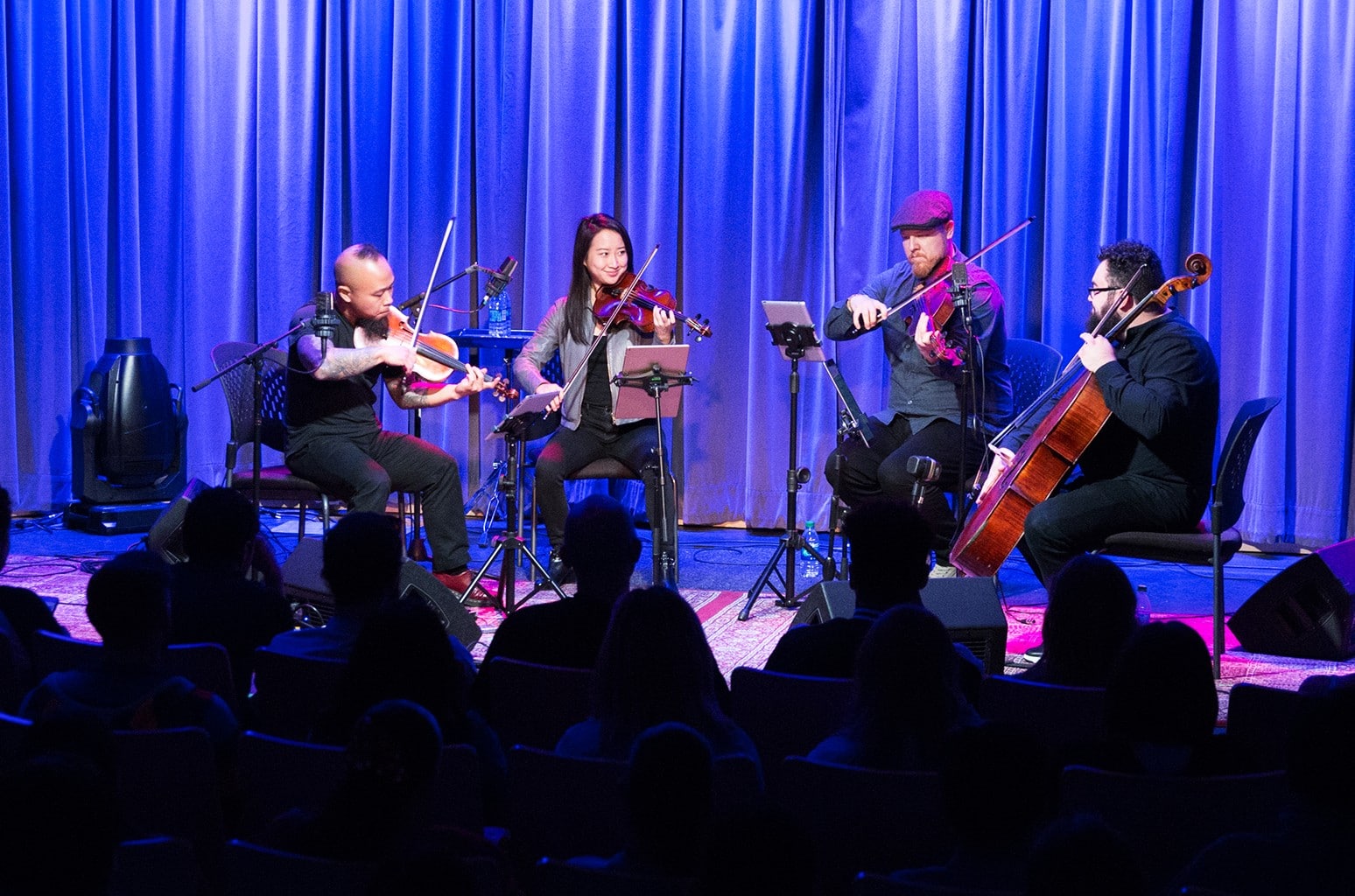 And here’s the hit track.

Breaking: Rattle extends with London while signing for Munich »