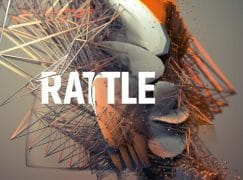 Is Brexit the reason for Rattle’s move to Munich?

Marginally, perhaps, but no more than that.

The LSO’s global brand has diminished since Brexit and any hope of building a new hall has evanesced – though that’s as much to do with Covid and national politics as it is with Brexit. A new London hall was only ever a pie in the sky. In Munich it is a definite mayoral promise.

Rattle lives in Berlin with his young family and can commute to Munich by train. Munich made him a rose-tinted offer to surmount his Berlin Philharmonic period with greater triumphs in the south. Munich will now have a media-friendly figurehead to outshine Berlin’s shy conductor, Kirill Petrenko. It will draw energy from Rattle and he will gain dignity as successor to Mariss Jansons.

It’s one of those deals that is win-win for both sides.

As for the unhappy LSO, having invested so heavily in Rattle and given him unprecedented powers, they’ll need plenty of Covid downtime to adjust to the post-Brexit landscape.