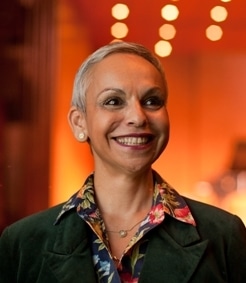 The Y is a venue for many international musicians. It’s about to get new faces.

Thank you so much for your friendship and generosity to the 92nd Street Y, and for your support of the Tisch Center for the Arts. Later today, we are announcing our spring classical music season, which we know will bring joy to many people throughout our global audience.

With this season announcement comes bittersweet news: our treasured colleague, Hanna Arie-Gaifman, has decided to step down from her day-to-day duties as Director of the Tisch Center. In her 21 years of exceptional leadership, Hanna has overseen our classical, jazz and Lyrics & Lyricists concert series, as well as the Unterberg Poetry Center. Hanna has grown and broadened the number and scope of 92Y’s concert offerings, carving out a distinct place for 92Y among the first-rate presenters in New York.

In addition, Hanna has been at the vanguard of creating an entirely new language of expression in programs that integrate music, literature, movement and the visual arts. Among many groundbreaking programs, Hanna envisioned and produced the multidisciplinary Love in Fragments, Bach’s Art of the Fugue as designed by Gabriel Calatrava, and Leonardo, 92Y’s first-ever commissioned chamber opera by Jonathan Berger. And, in this most recent period of unprecedented challenges for the performing arts industry due to the Covid-19 pandemic, Hanna led an extraordinary pivot for the Tisch Center so that hundreds of thousands of people could enjoy new and remastered 92Y performances from wherever they live. From an empty Kaufmann Concert Hall, we have been able to reach listeners in more than 100 countries with the thrill of live music and literature.

The good news is that Hanna is not going far. After the spring season concludes at the end of June, we are delighted to share that Hanna has agreed to stay on as Director Emerita of the Tisch Center for the Arts. In this new role, Hanna will lend her singular expertise and passion to the production of a summer classical music festival in 2022. We look forward to continuing to work with her in this capacity.

And so, as we launch our spring concert season, we hope you enjoy these wonderful performances, as well as join us in celebrating everything Hanna has accomplished during her remarkable tenure. We look forward to keeping you informed as we chart the next path forward for the Tisch Center.

« British music has just lost its most effective voice

A Ukrainian violinist faces Russians in the trenches »