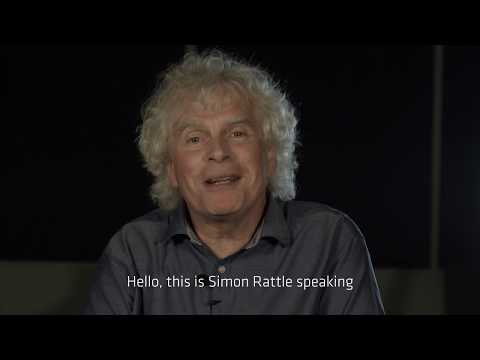 BBC News thinks Simon Rattle has a job in Vienna

Sir Simon Rattle, one of the world’s most renowned conductors, is leaving the London Symphony Orchestra to take up a new post in Germany….

He lives in Berlin with his third wife, the Czech-born singer Magdalena Kozena, and their three children, and is also the permanent guest conductor of the Vienna Philharmonic in neighbouring Austria…

He also appeared at the London 2012 Olympic opening ceremony, where he and the LSO were upstaged by Mr Bean while playing the theme to Chariots of Fire.

From Will Gompertz, arts editor: … from what he has said to me in the recent past, he thinks Germany is a more conducive place to make world class music.