The Chicago writer Howard Reich, who succeeded John von Rhein on the Tribune only 30 months ago, has given up his post on the paper to spend more time writing books.

In the pandemic, there are no concerts or operas to review. What happens after is uncertain.

Forty-three years ago, while still a music student at Northwestern University, I caught quite a break.

I sent a paper that I’d written for a class to an editor at the Tribune, the newspaper I had been ogling since before I knew how to read. My topic was somewhat arcane: the status of contemporary classical music in Chicago.

To my amazement, the Tribune published it.

That led to an avalanche of freelance assignments, which led to me joining the staff in 1983, which now has led to my retirement from the newspaper on Jan. 15. 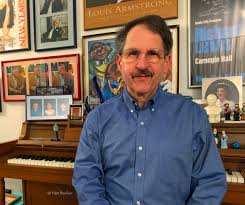