After a very long preamble in Italian, he sings in German with his daughter Virginia who has just started piano lessons.

This was to be his last recorded work. 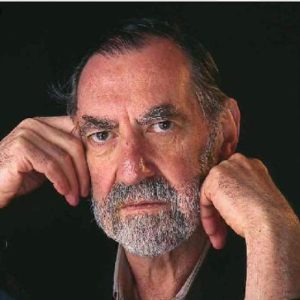 I’m deeply saddened to learn that Dr Joseph Sonnabend, one of the most important figures in the history of AIDS, died yesterday. I spent time with him in 2018 for one of the last interviews he ever gave. Let me tell you about this man and what he did: 1/https://t.co/XSPEfZKzBr

Ailish Tynan sings a tribute to the 100,000 people who have died of COVID in the UK. 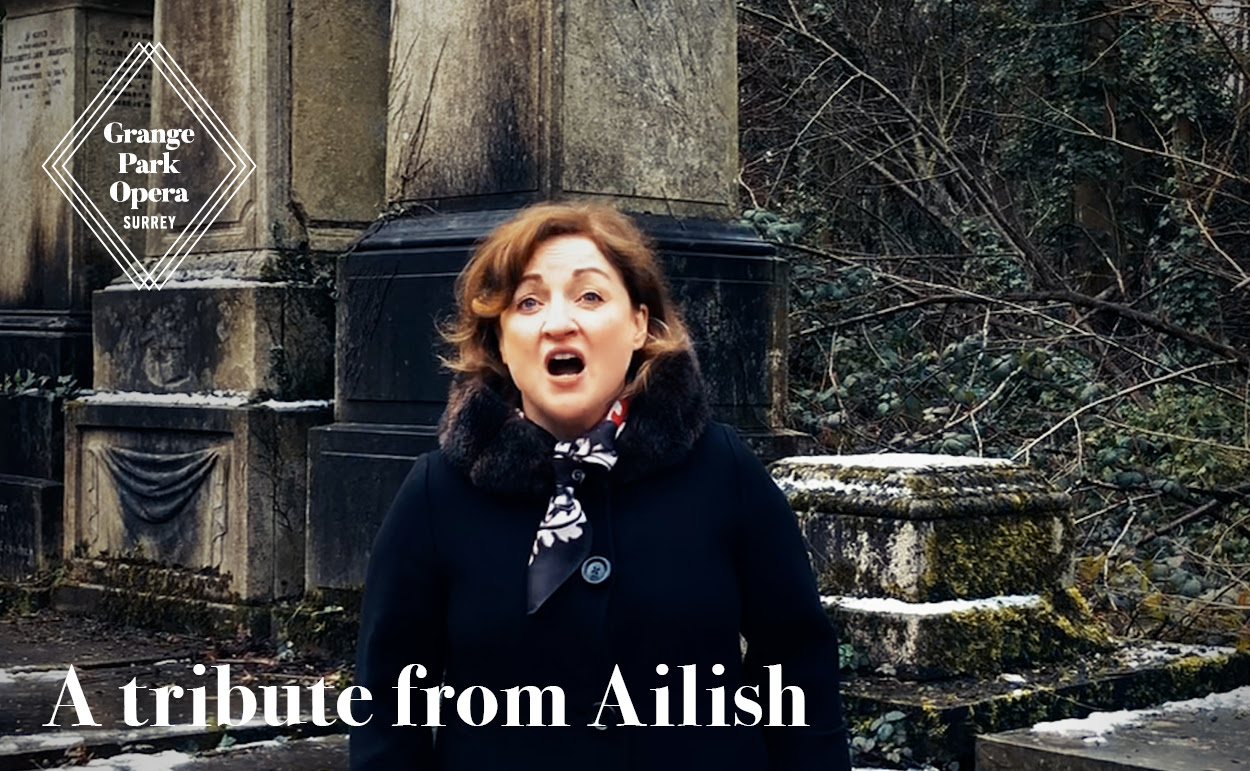 From the Wysing Arts Centre in Cambridgeshire:

It is with great sadness that we announce the passing of our Director, Donna Lynas, last Friday, January 22.

Donna died peacefully with her family beside her after living with lung cancer for the last two years. Our thoughts are with her family, friends and colleagues at this very sad time. 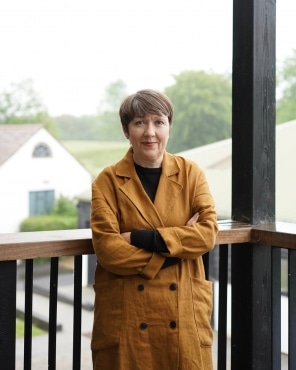 Igor Toronyi-Lalic writes: Adored Donna. Beautiful, inspirational human. Single-handedly made Wysing one of the most vital centres for new music in this country. And the only person I could always rely on to join me in a conspiratorial side-eye listening to bad music at Euro festivals

We are saddened to learn of the death yesterday of Eva Coutaz, widow of the Harmonia Mundi founder Bernard Coutaz.

Eva was the label’s production director until her retirement in 2016.

She was the last Grande Dame of classical recording. 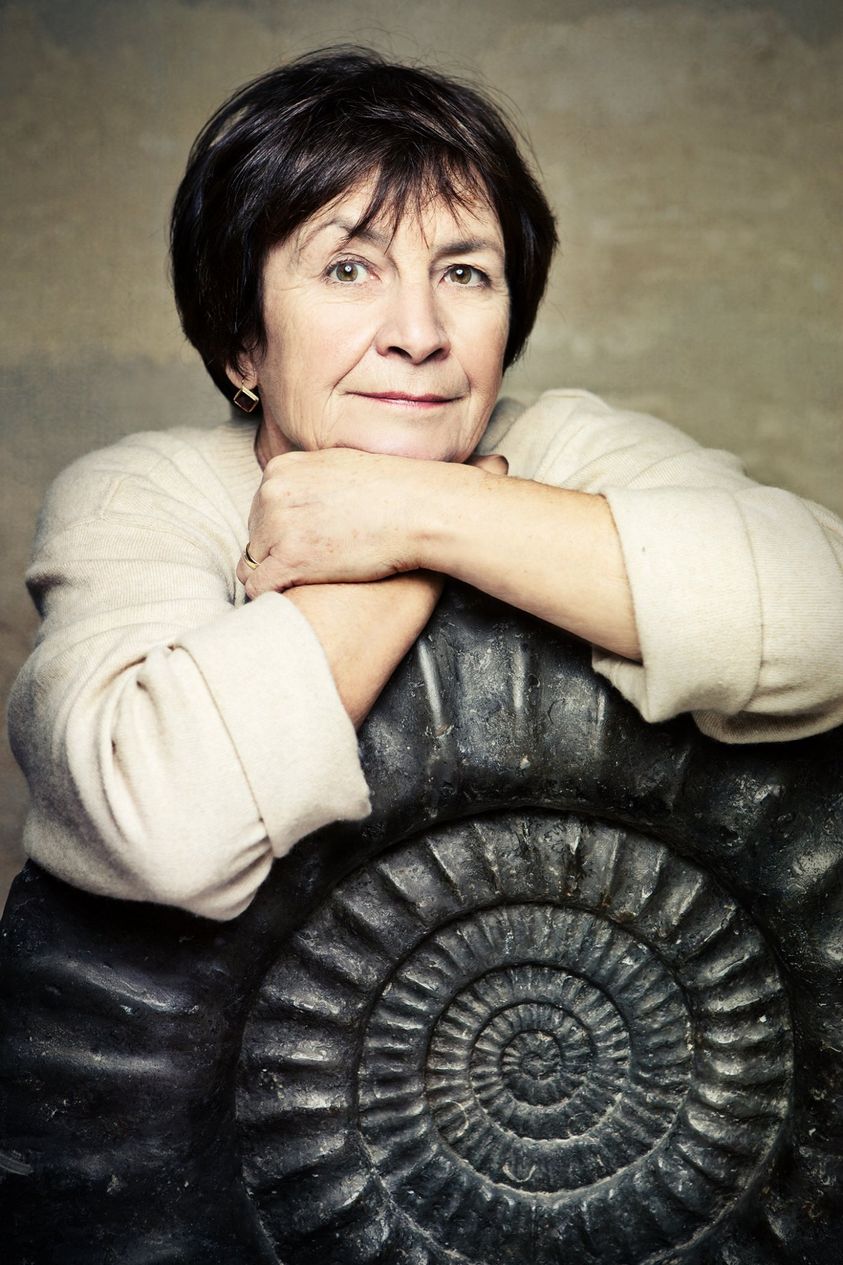 Statement from HM:
Laurent Didailler, Christian Girardin and Jean-Marc Berns, the musicians and the entire harmonia mundi team sadly announce the death of Eva Coutaz on Tuesday January 26, 2021 at the age of 77 after a brief illness.

She lived in Arles, France after retiring in 2016 following a career spanning nearly 30 years with more than 800 recordings produced for the classical music record label, harmonia mundi.

Her high standards, rigorousness, loyalty to musicians and the consistency with which she built her catalogue were universally recognised and regularly celebrated by the press: harmonia mundi was voted ‘Label of the Year’ on several occasions (by Gramophone, BBC
Music Magazine, Diapason, Classica, Radio Classique, ICMA, Midem) among hundreds of other distinctions around the world.

Her loyalty to the musicians was exceptional; she was a warm presence at every major stage of their artistic and personal journeys. She saw the label as a family united by artistic affinities and the desire to celebrate what she loved above all: music. Her passing leaves an immense void. The whole harmonia mundi team sends their condolences to her friends and family.

The director of Zurich Opera, Andreas Homoki, has commented on the premature departure of artistic director Michael Fichtenholz, as reported yesterday in Slipped Disc.

He told Christian Berzins of CH Media: ‘The Zurich Opera House issued a directive in August 2018 on how to deal with allegations in relation to harassment and abuse of power.

‘In such cases, the clarifications are carried out by an external specialist department. All persons involved are assured of confidentiality in this process. Such a process was also pursued in relation to allegations against Mr Fichtenholz. The Zurich Opera House initiated investigations without delay after becoming aware of the allegations and called in the external specialist unit…. Those involved were informed about the content and results of these investigations in accordance with the guidelines. The process was ended amicably. No further steps, especially no legal ones, were requested from any side.’ 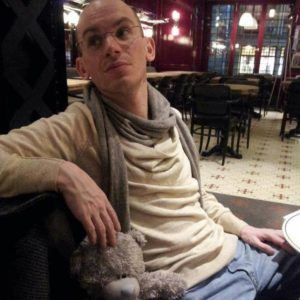 Professor Timothy Jackson’s lawsuit against the University of North Texas is more than just a bid to clear his name of slurs that were spouted by a howling mob of musicologists who sought to cancel his career.

According to the National Association of Scholars,

Jackson’s lawsuit also illustrates the damage that Critical Race Theory (CRT)—the intellectual background for radical academic social media campaigns—has done to scholarship. CRT seeks and succeeds in annihilating scholarship that analyzes the actual substance of any domain of inquiry. In this case, CRT scholars seek to replace actual Schenkerian musical analysis with ritual condemnations of that analysis. Western music theory is taken to be prima facie invalid on the grounds that Schenker allegedly said something unpleasant about blacks in the course of his lifetime. The very premise must be rejected if scholarship is to survive.

Watch this space for the next move. 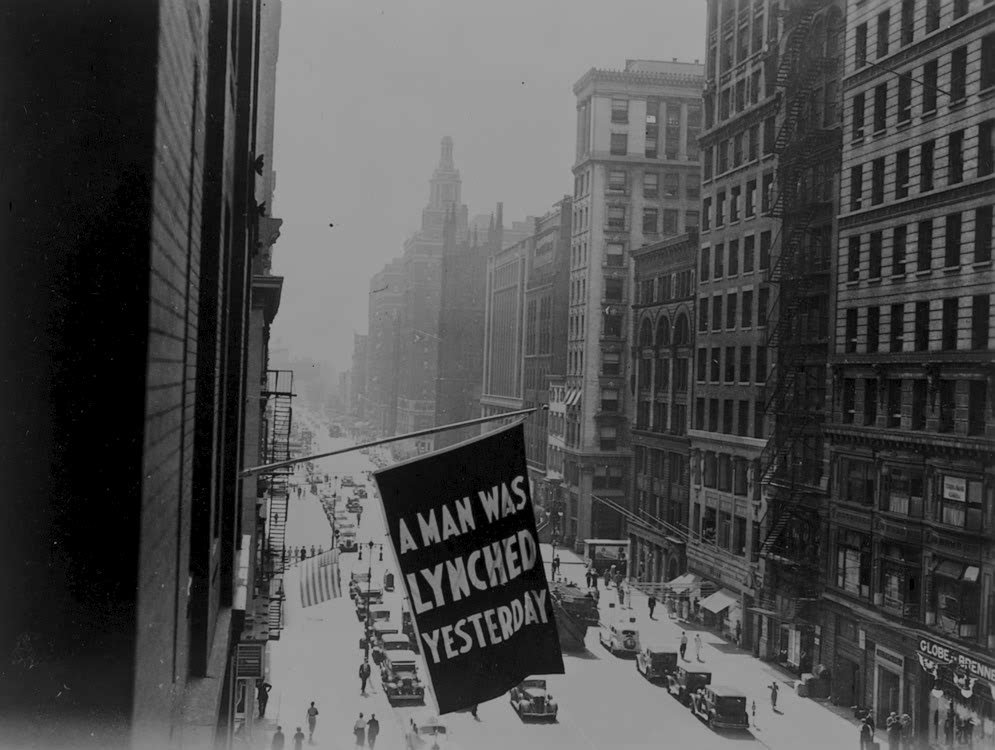 We have been notified of the death, on January 20, of Elena Taskova, who joined the La Scala orchestra in 1973 and played for quarter of a century. Her husband Petko Radev (pictured), a fellow-Bulgarian who died in 2018, was principal clarinet. 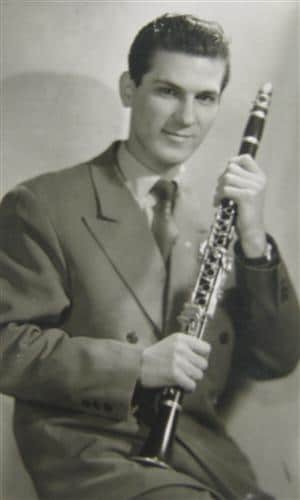 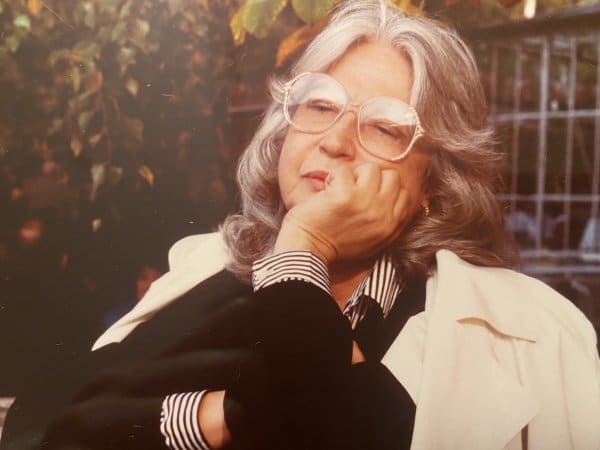 Elaine Keillor was the first woman at the University of Toronto to gain a doctorate in musicology.

Elaine spent her entire career researching the music of her native Canada.

She has just given $1 million to continue that research at her alma mater. 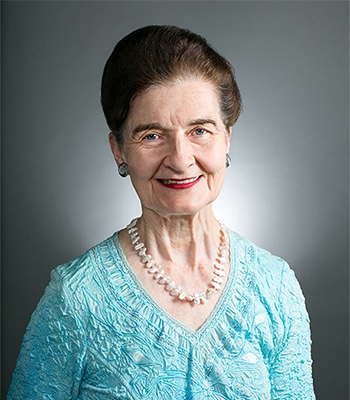 The Irish soprano Cara O’Sullivan sang her first major role – Donna Anna in Don Giovanni – after coaching from Dame Joan Sutherland at Welsh National Opera in 1996. She went on to make acclaimed appearances in England, France, Belgium and Australia.

Cara retired from singing in 2018 after being diagnosed with early onset dementia. She died yesterday, at home in Cork.

The untimely passing of soprano Cara O’Sullivan today (26 January) has robbed Ireland of one of its greatest operatic talents. Cara possessed a voice of pure beauty. She had virtuosic skills and when she unleashed her vocal fireworks, she made time stand still.

Cara’s voice had a liquidity and flexibility that could tackle some of the most demanding and glistening soprano repertoire. But her voice was only part of the attraction. Cara had a warmth to her personality that never failed to draw in audiences. She knew how to command attention, she strode onto the stage as though it were her own kingdom and she fed off the audience’s rapt responses.

Cara was a perfectionist. She was as demanding of herself as she was of all those around her. She commanded huge respect within the world of opera professionals. Cara enjoyed a successful career, but never took it for granted. She worked hard, prepared meticulously and continually sought to develop herself. Her reward was the adulation her fans offered her.

Her career and her life were cut short by the early onset of dementia. In the midst of this devastating news, her friends in the opera world and her fans mourn her loss, but we will also take a moment to celebrate the huge joy that her life brought. 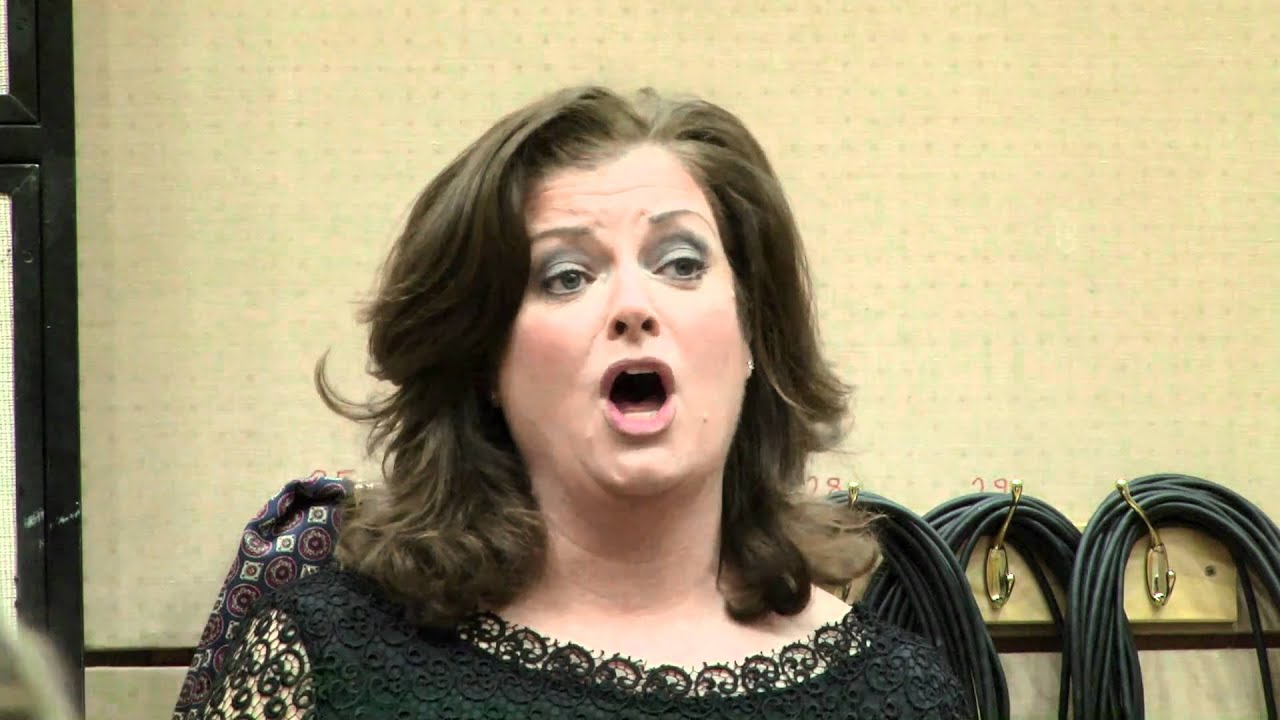 If the name Marta Gardolińska sounds familiar it’s because the Polish musician, 32, has served for the past three years as Young Conductor in Association at the decidedly unglitzy Bournemouth Symphony Orchestra.

Two years ago, she was talent-spotted by a London management company.

This morning she was announced as music director of the Opéra national de Lorraine, starting in September.

She will conduct there ten weeks a year. Marta says: ‘It fills me with pride that I will get to shape the cultural life of a place that was strongly shaped by a former Polish king, Stanisław Leszczyński. I hope to give the best possible representation of Polish culture here in Nancy.’

Before joining Bournemouth Marta was a singer in Vienna’s Arnold Schoenberg Chorus. 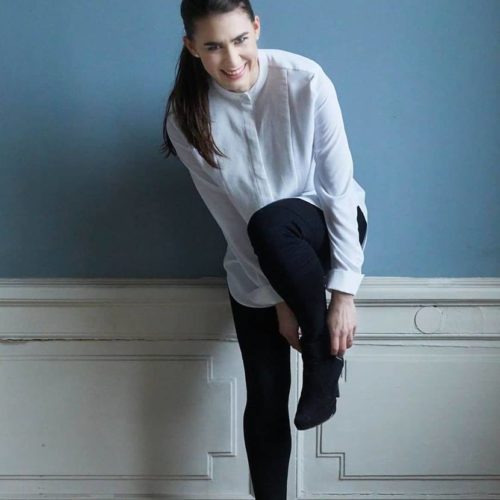 News of her appointment is making headlines in Poland.

The Encore Musicians booking platform has come up with some alarming analysis in a new survey.

76% of musicians said Brexit travel restrictions will stop them performing again in Europe;

40% said they have already had to cancel events specifically because of Brexit;

91% said Brexit will have a negative impact on their livelihood;

The survey involved 452 musicians, most of them classical.

It appears that classical sector will be hit worst: With average annual earnings of £5,713, classical musicians who performed in Europe in 2019 earned the most of any genre. Jazz musicians earned the least on average, taking home on average £3,402. 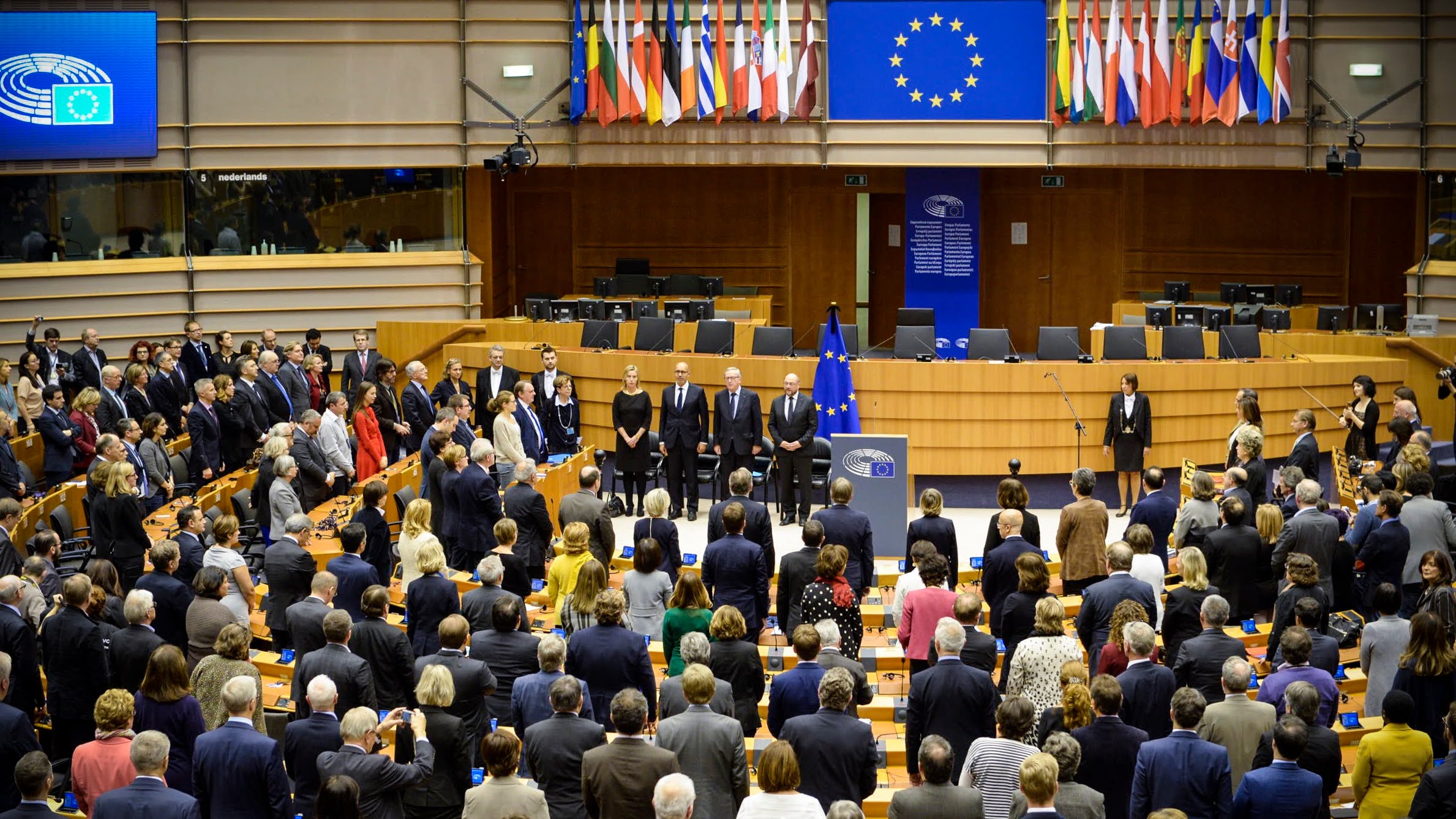