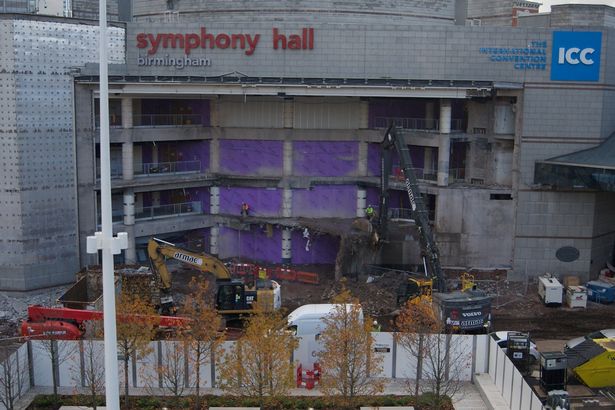 When your livestream gets jammed

This latest streamed concert from the CBSO in these locked-down times was well-conceived, two refreshing open-air works preceding one cathedral-closed. Mirga Grazinyte-Tyla introduced the programme charmingly and persuasively, and trumpeter Jonathan Quirke prefaced the opening item enthusiastically and informatively, telling us how John Ireland’s Downland Suite had been composed as a brass band competition test-piece (as was Elgar’s Severn Suite). I have to say I prefer the string orchestra transcription, which was the title-music to BBC TV’s The Pearcross Girls, with the wondrous Penelope Wilton, nearly 50 years ago, but this was a crisp account from the brass players here, lyrical, smoothly-phrased and sensitively-balanced.

The trouble was, I couldn’t see it! There was no vision from the link I was given, so all I had to work on was puny sound from my laptop. If only this had been a broadcast heard through my well-setup loudspeakers, but in the event this was the most difficult reviewing experience I have ever endured in over half a century.

Never mind, it was good to hear the Bartok Divertimento for Strings (the first time the CBSO had played it in over 40 years, said new concertmaster Eugene Tzkindelean in his eloquent introduction, before leading a vibrant, biting, dynamically sensitive account).
Having to concentrate on just the sound, I had never realised the homage Bartok pays to the Ravel String Quartet in the central movement (and what a wonderful high violin attack in the middle there from the CBSO), and the pizzicato just before the end of the finale was gripping.

I wish I could have seen the Vaughan Williams Fantasia on a Theme of Thomas Tallis which ended the programme, to observe all its built-in social distancing in Symphony Hall between the two orchestras and solo ensemble. Mirga conducted a reading smoothly manipulative in tempo, fully appreciative of the music’s ethereal qualities (she described the second orchestra as “the voice from heaven”), and this music cast a spell which worked even in my technologically hampered conditions.
Christopher Morley

« The Slipped Disc daily comfort zone (251): Strauss only gets worse