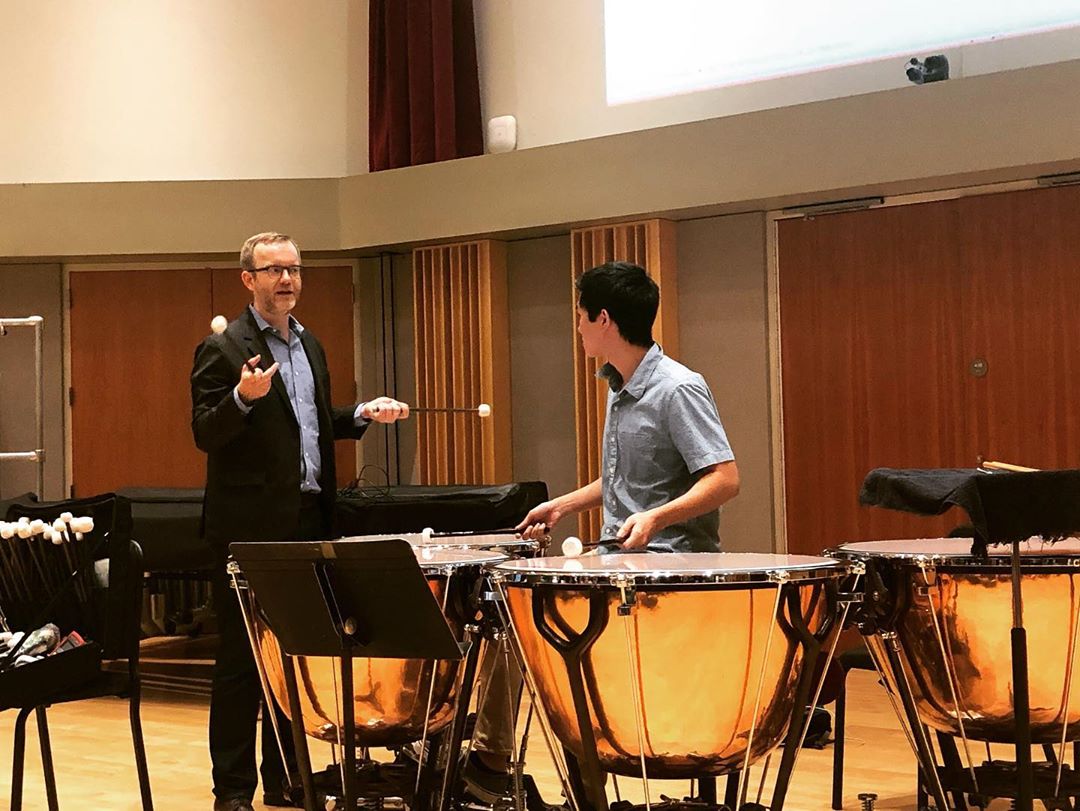 The Met Opera’s timpanist is now playing in … Korea

From Jason Haaheim, principal timpanist at the Metropolitan Opera:

… on December 18th, I sat down behind timpani in a room full of real live musicians to begin rehearsing the first movement of Beethoven 9, my first large ensemble rehearsal in 282 days. It’s almost impossible to describe the complexity of those onrushing emotions: joy, elation, relief, fear, serenity, guilt, reconnection, disorientation…all in a blender while my ears were on fire and my mind was contemplating the gravity of that moment.

Two hundred and sixty-four days without safe access to timpani was by far my longest break in playing since I picked up my first pair of drumsticks in the fall of 1989, thirty-one years ago. Among the challenges facing percussionists and timpanists is that our gear takes up a lot of space. This means that many percussion and timpani professionals in big cities keep nearly all of their gear at the hall, where they’ll necessarily do the majority of their practicing. This is all the more necessary in a place like New York City, where even if I could afford an apartment sizable enough to comfortably fit a timpani practice studio, and could somehow play without riling my poor neighbors, the drums themselves are so large that they literally would not fit through the front door. Timpani at home is a nonstarter. So, since 2013, all of my gear has lived at the Met… which meant that when Lincoln Center shut down on March 12th, my life of practicing timpani shut down with it.