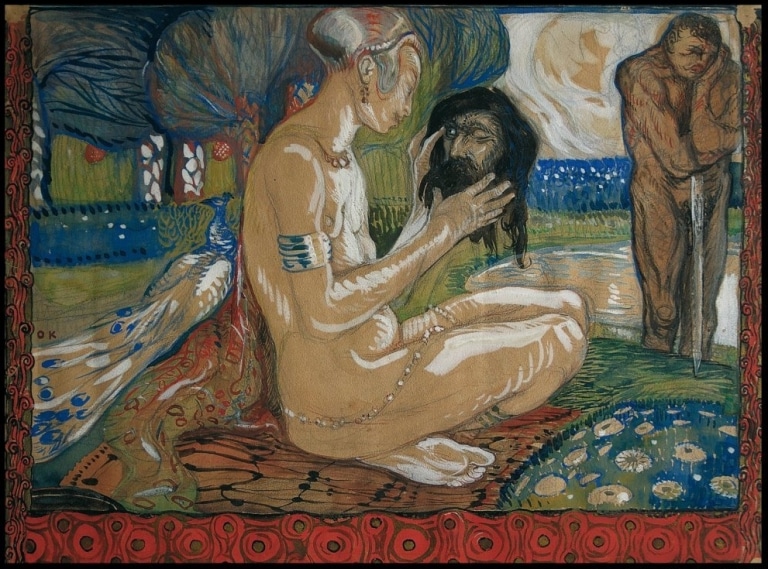 Basia Jowaorski reminds us that Richard Strauss’s opera was premiered 115 years ago today. She also supplies an image we’ve never seen before, a sweet girl playing before bedtime with the decapitated head of John the Bapstist.

Turns out it’s a Kokoschka, dated 1906, before the artist met Alma Mahler.

Gustav Mahler in 1906 was doing all he could to get Salome past the censors at the Vienna Opera. He failed.

Richard Strass was not grateful.

Some other memorable Salome images? Maria Ewing stripping to the buff at Covent Garden in 1984 and Karita Mattila at the Met 20 years later. Both images have been censored off the internet.

« Covid kills a major US composer