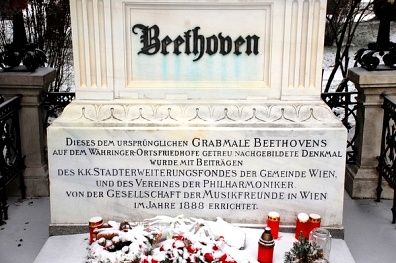 In Cambridge, a call to ‘cancel Beethoven’

A sputtering of anniversary slurs against Beethoven – that he was elitist, classist, white and suchlike – have reached their ultimate illogical conclusion in Varsity magazine:

Being a guaranteed ticket-seller and donor pleaser, he keeps reappearing in concert programmes to the exclusion of other, more diverse composers. In the neo-liberal world, where audiences prefer the familiar, such attitudes to programming are unlikely to change unless there is a mass cultural boycott (i.e. ‘cancelling’) of composers like Beethoven.

Is this therefore the way forward?

When Pavarotti sang for Mario Lanza. Or not »