We are sorry to report the death of Rodney Greenberg, a television man who turned directing concerts into an art form of its own.

When Rodney directed the Proms for the BBC in the 1980s, artists could go onto the exposed ramp of the Royal Albert Hall knowing that they were in safe hands. Any vocal slippage or wardrobe malfunction and Rodeny’s cameras would find instant distracted elsewhere. He was  a master of concert control and you have only to look at today’s live events to see how far the BBC has fallen from the standards he set.

On leaving the BBC, Rodney directed for Sky, Channel 4 and other companies around the world. He wrote a brilliant Gershwin biography for a 20th Century Composer series that I edited and he was a popular lecturer onmany topics. A couple of years ago, he suffered a health setback from which he never recovered. He was hopeful, when I saw him earlier this year at a family event, that a further operation would put him back in action. Sadly, the procedure was unsuccessful. 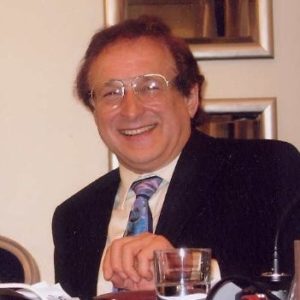