Bloomberg Law reports:
A violinist for the San Francisco Symphony sued Prudential Insurance Co. of America in federal court, alleging the insurer owes him long-term disability benefits because his post-traumatic stress disorder prevents him from playing.

Eliot Lev, who filed suit in the U.S. District Court for the Northern District of California, says he’s been unable to perform his job since 2018 because of post-traumatic stress disorder that’s triggered by “playing the violin or even thinking about playing the violin.”

Lev says he learned to play as a young child in the former Soviet Union and was criticized, berated, and punished by his…

Lev’s website says: After devoting 28 years to music, I’m excited to be involved in social justice advocacy, mental health, and community support. I’m passionate about using my lived experience as a transgender Jewish immigrant with disabilities (among other things) and my training as a researcher, social worker, and counselor to serve marginalized communities…

I’m honored to have been the first openly transgender musician in a major American orchestra and I look forward to the day when it’s nothing unusual, in any space. I’m really grateful for the amazing people I got to meet and the opportunities the world of music has afforded me. 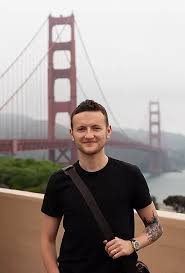