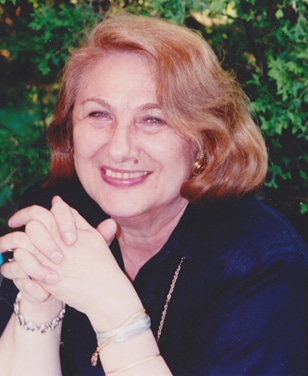 Marietta Orlov, who came to Canada as a Romanian refugee in 1972 and became one of its foremost piano teachers, has died at 88.

With her husband, the world-renowned cellist Vladimir Orloff (1928-2019), she toured extensively across Eastern Europe. In 1964 they defected to Vienna, and have been tried and condemned as traitors in Romania in absentia. They were subsequently able to resume their careers in the West and toured across Western Europe as a cello-piano duo team. Ms Orlov taught at the Vienna Conservatory and, since coming to Canada, in 1972, at the Royal Conservatory and the Faculty of Music at the University of Toronto. In Canada, she performed alongside Canada’s most distinguished musicians, including violinist Lorand Fenyves, pianist Patricia Parr, and her former husband, Vladimir Orloff, before ending her performing career due to an injury.

Despite her distinguished performing pedigree, it is primarily as a teacher that Prof. Orlov has left her mark on Canadian music. Her contribution stands at the very top in North American musical pedagogy over the past forty years and has left an indelible imprint on the development and growth of Canadian musical culture. During her years at the University of Toronto, she has been responsible for the emergence of several generations of exceptionally gifted and successful pianists, who have since made tremendous contributions to the Canadian musical life.

« Drink on Bernstein’s balcony? The penthouse is up for sale