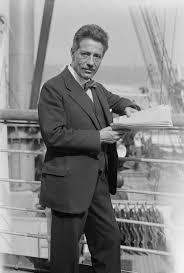 The Slipped Disc daily comfort zone (228): On the Fritz

In the 1920s, the great violinist started playing pieces he claimed to have discovered in archives, written by largely-forgotten composers of the late baroque period. He played them as encores and the public adored them. Then some literalist music scholar called them out as fake and Fritz owned up to composing them himself.

This is one of Fritz Kreisler’s fake-baroque pieces. Phony or not, it comes straight from the heart.