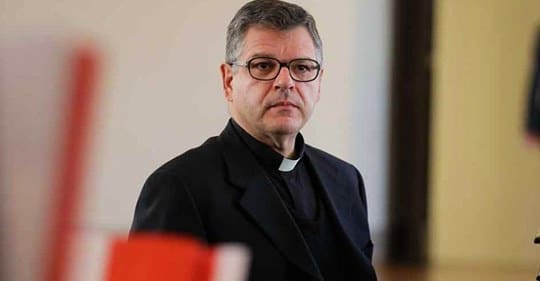 Born in São Paulo (Brazil) on October 23, 1962, the Rev. Mgr Marcos Pavan received priestly ordination for the Diocese of Campo Limpo on June 29, 1996.

Graduated in law from the University of São Paulo in 1985 and enrolled in the Brazilian Bar, he completed his studies in Philosophy in Rome at the then Center for Higher Studies of the Legionaries of Christ and those in Theology at the Pontifical University of San Thomas Aquinas .

He has a solid artistic and musical education, having attended piano and music theory studies, vocal technique and Gregorian chant, as well as choral conducting, also carrying out concerts and making recordings for radio and television.