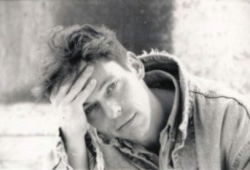 The distinguished German composer Hans-Jürgen von Bose will go on trial next week in Munich charged with several counts of rape dating back to 2006 and 2007. He denies the charges.

Von Bose, 67, is best known for an opera he wrote on Kurt Vonnegut’s novel Slaughterhouse Five.

Until his arrest, he was professor of composition at Munich’s Hochschule für Musik und Theater where the former rector, Siegfried Mauser, was sentenced in 2018 to two years and nine months in prison. Mauser, 66, has yet to spend a single night in jail.

Von Bose has been held on remand, awaiting trial.

He is the grandson of Herbert von Bose, on of the earliest victims of Nazi rule. Herbert Von Bose was press aide to the German Vice Chancellor Franz von Papen and was murdered by the SS during Hitler’s Night of the Long Knives.

Death of the last Penguin guide »