Ariane Todes has posted a personal memoir of Sheila Nelson, who has died at 84 after seven years of Alzheimer’s. Aside from her teaching practice, she played in the English Chamber Orchestra, the Royal Philharmonic Orchestra and the Menuhin Festival Orchestra.

I am one of the lucky ones who had Sheila as my first teacher. I wrote here about the Saturday mornings spent in her large house in Cromwell Avenue, crowding in for the fun and games of learning to play the violin, both individually and in groups. In the early years, it was mostly about fun – comedy props designed to position little hands properly, silly analogies involving animals, a Stetson hat to select the next child required to improvise, physical activity to encourage relaxation and good pulse, and lots of lots of circles in the air. Later on, there was serious chamber music crammed into every room of her house, and there were always performances, invariably ending with ice cream all round.

It’s over 40 years since I enjoyed these fun and games, and yet hardly a day goes by that I don’t feel grateful. I still play chamber music with the friends I made there when I was five, as well as many other amateur friends I’ve made along the way – it didn’t take Covid to prove to me how important playing the violin and music are in my life. I’ve never had tension problems in my playing and have always enjoyed improvising and playing concerts, unlike many musicians. Sheila’s great achievement was to make sure that music (classical music, at that) was always fun, joyful, physical, sociable, satisfying. It might not sound surprising, but it is not a given. Her way of teaching meant that playing the violin was not only something that little kids wanted to do – they didn’t want to stop doing it…. 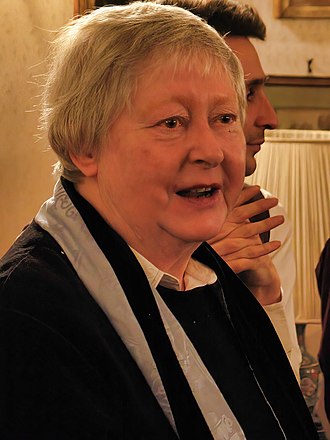 Damian Iorio writes: I don’t have words to express how important Sheila’s teaching was to me and countless other children who studied with her, many who went on to the profession. I started with Sheila at the tender age of 4 and stayed until I was 16 years old, and she played a massively important role in my life. Sheila was an incredibly important figure in teaching who’s groundbreaking ideas and projects, such as the Tower Hamlets String Teaching project in the 70’s and 80’s, and her involvement with the Inner London Education Authority music courses (giving opportunities to children well before the El Sistema influenced projects of today), were ahead of their time and, sadly, often overlooked today. But those of us who knew her will not forget what she did not only for us, but for teaching in general. She deserves to be recognised far more than she is for what she achieved, and I hope that the music world will recognise her importance more than it has until now.

Ian Lush writes:  I learnt with her from the age of 11-18, she turned me from an average violinist into a viola player good enough to go on to university and then play professionally, and she inspired generations of great players.